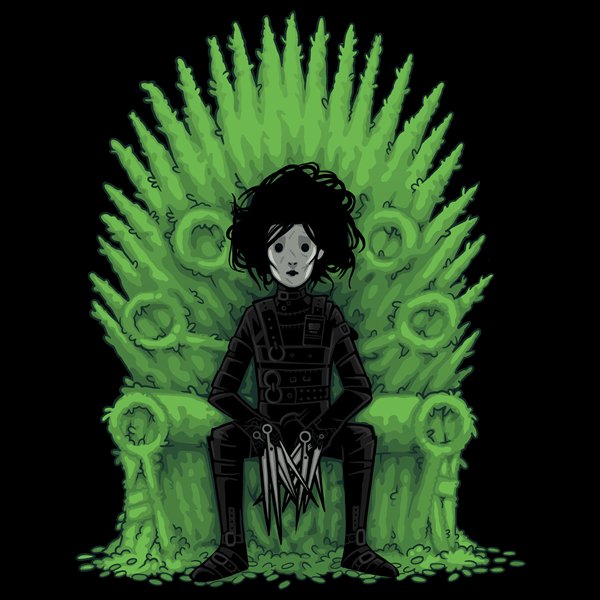 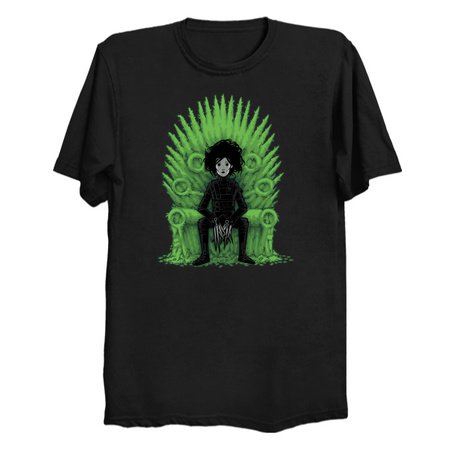 He began life as a laboratory creation, but Edward knew he was destined for greatness, a man who would touch the world with his hands made of scissors.

He had trouble fitting in at first, but his love of topiary sculptures helped him break the ice by creating works of art, which the townspeople enjoyed immensely.

From there it was only a matter of time before he was cutting women’s hair, and as they talked about their husbands and the town he listened intently, sure this knowledge would one day help him take over.

They thought nothing of it when he built himself a topiary scissorsthrone, but he had big plans in mind, and his destiny was about to make him king…