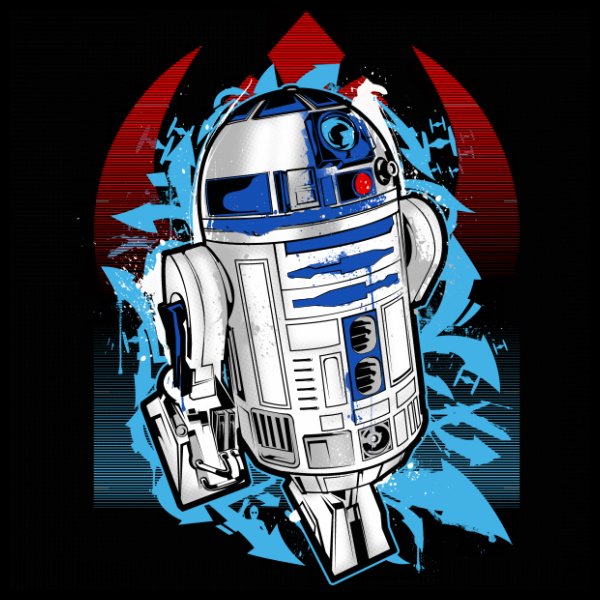 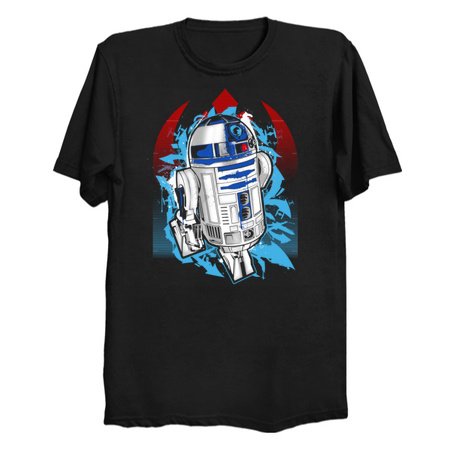 The rebels were hesitant to install an airbrush in that spunky R2 unit, but he insisted it was something he needed for ship maintenance so they okayed the order.

Once the airbrush had been installed, however, they found themselves immediately regretting their decision, as D2 went around tagging pictures of his dome head, and his initials, on walls throughout the ship.

That rebellious little R2 unit soon found himself on the run from the ship's guards, a graffiti outlaw in a galaxy far, far away...