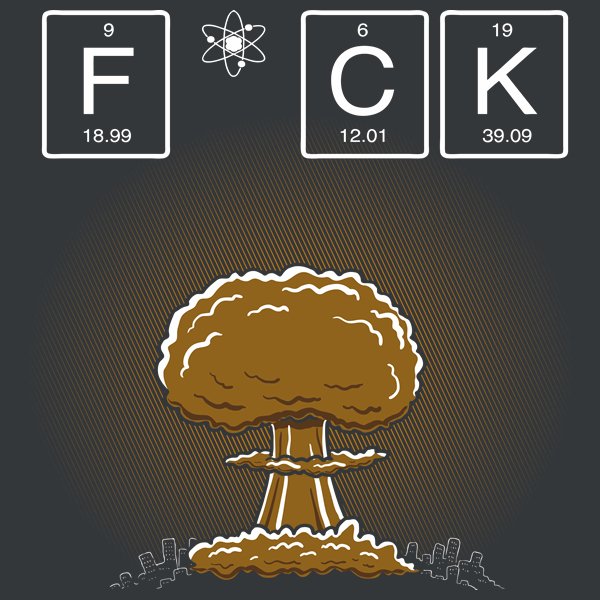 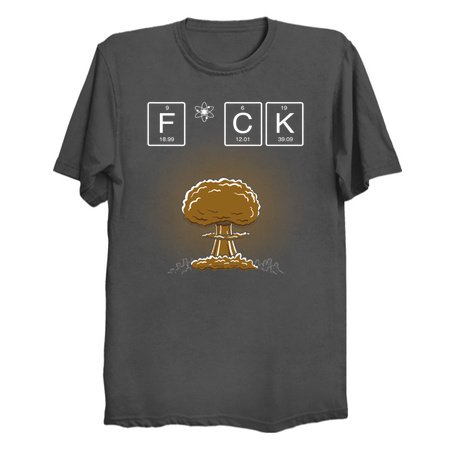 The F Bomb by Wirdou

Dropping an F-Bomb is a lot like dropping a hydrogen bomb- they both cause quite a stir, people don’t particularly like either one of them, and they may result in kids having their minds warped.

Scientists were originally going to call their atomic weapons F Bombs, but they felt that the resulting confusion over which one you were referring to in conversation would result in full scale nuclear war, so they called them Nukes instead.