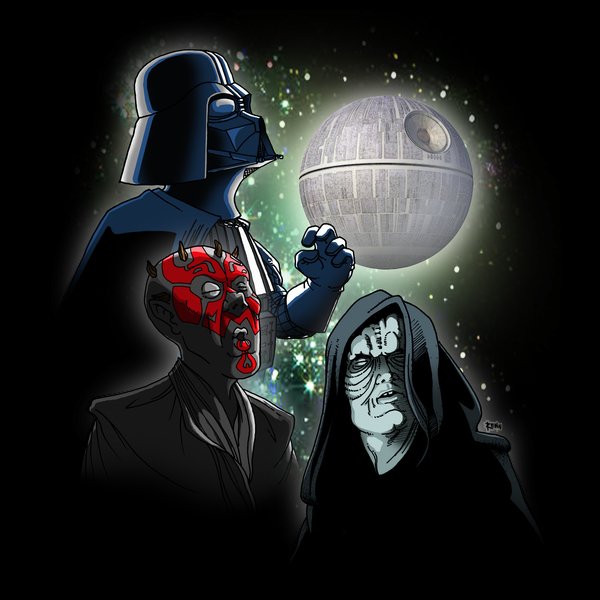 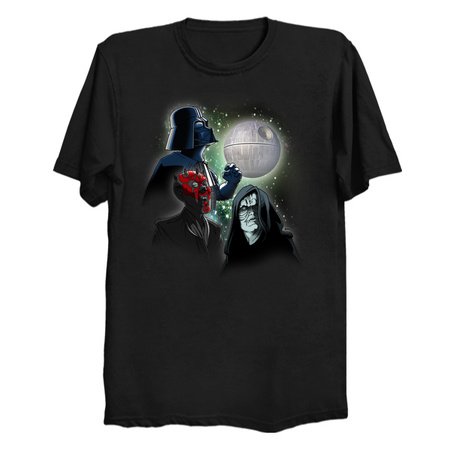 We know how magical the 3 Wolves 1 Moon t-shirt is, but it's nothing compared to the awesome powers held within the 3 Darths 1 Star t-shirt! The same magical alignment and design now harnesses the Dark Side of the Force for you to put on your chest like a force field of protection while your foes drop powerless before your feet!

Read how I imagine the reviews:

Fred, Ohio
I doubted it at first, but when I opened up my package for the first time and laid eyes on it, well ...it was a moving experience! Vader's hand had begun choking me and I was gasping for air, but I gave into the Dark Side and now I feel the true meaning of power!

Otis, Louisiana
I found my girlfriend's lack of faith in this t-shirt disturbing, but she's definitely a believer now!

Sid, California
If you buy only one Star Wars t-shirt this year, be sure to buy the one that has more Darths on it than any others!

Embrace the sweet grip of the Dark Side and gain unbelievable power!
Only available in black because you can't harness the Dark Side in a pink t-shirt, okay?