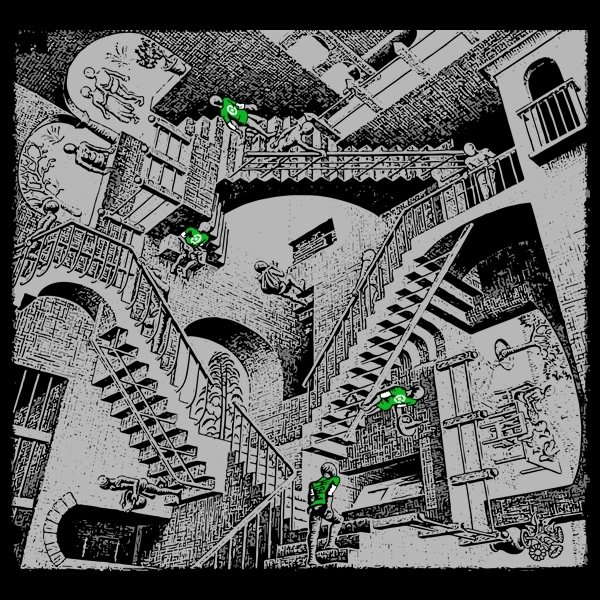 Apartment of Stairs by Warbucks Design

A snarky smarty pants moved into an apartment building built by a man named Escher, and soon found himself unable to leave the building.

Maybe it had something to do with the cameras that seemed to follow him everywhere, or perhaps the big laugh bang of a studio audience was meant to drive him crazy as he navigated the maze of stairs, but the building seemed to be defying the laws of gravity to stop him from leaving.

Sheldon had seen some crazy stuff while working as a theoretical physicist, but he didn’t even have a theory on how to get out of that crazy apartment of stairs!