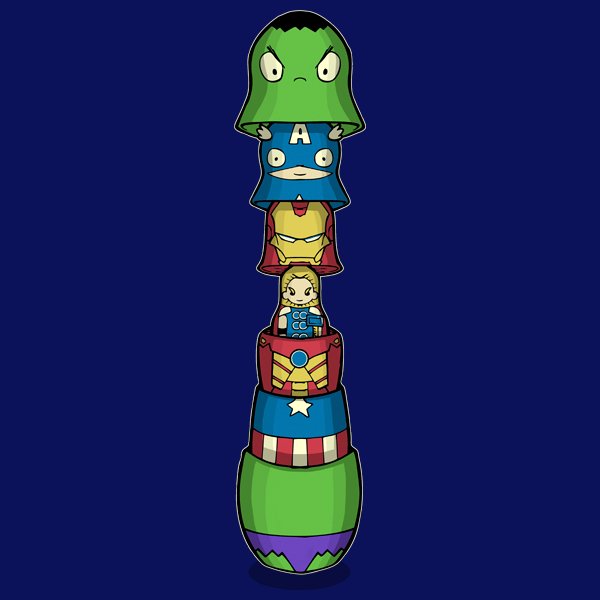 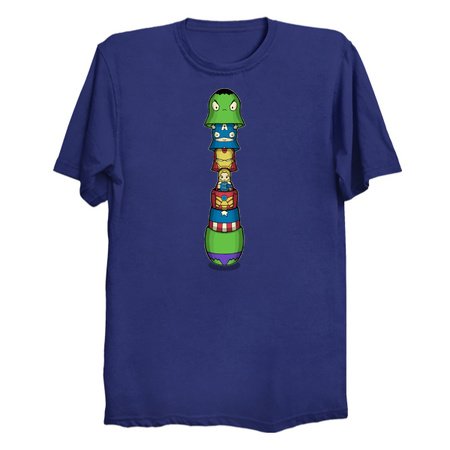 Earth’s mightiest heroes learned some really neat tricks while visiting the planet Matryoshka, and one technique has helped them avoid utter destruction as a team- the stacking doll technique.

As they assemble from four different Avengers into the mighty stacked matryoshka armor form they are able to combine their powers and channel them through the outer shell of the combined form.

Hulk is always on top, because he’s the biggest of them all, but why did Thor get stuck in the middle?