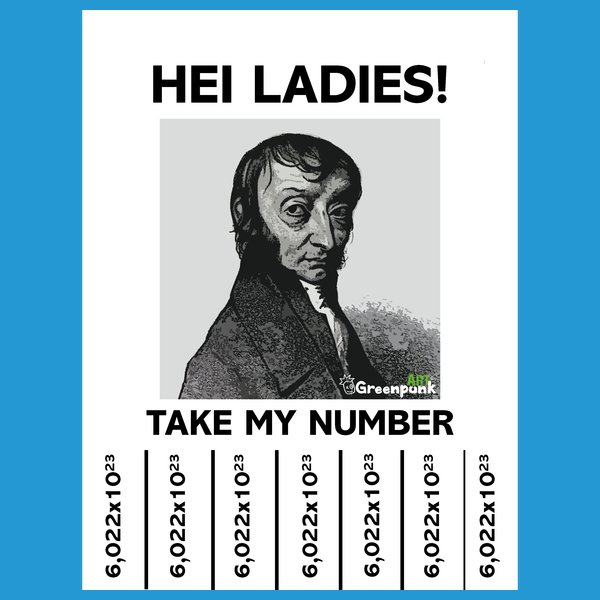 Avogadro take my number by McPitu

Funny meme about the Avogadro constant (NA or L) is the proportionality factor that relates the number of constituent particles (usually molecules, atoms or ions) in a sample with the amount of substance in that sample. Its SI unit is the reciprocal mole, and it is defined as NA = 6.02214076×1023 mol−1. It is named after the Italian scientist Amedeo Avogadro. Although this is called Avogadro's constant (or number), he is not the chemist who determined its value. Stanislao Cannizzarro explained this number four years after Avogadro's death while at the Karlsruhe Congress in 1860.

The numeric value of the Avogadro constant expressed in reciprocal mole, a dimensionless number, is called the Avogadro number, sometimes denoted N or N0, which is thus the number of particles that are contained in one mole, exactly 6.02214076×1023.