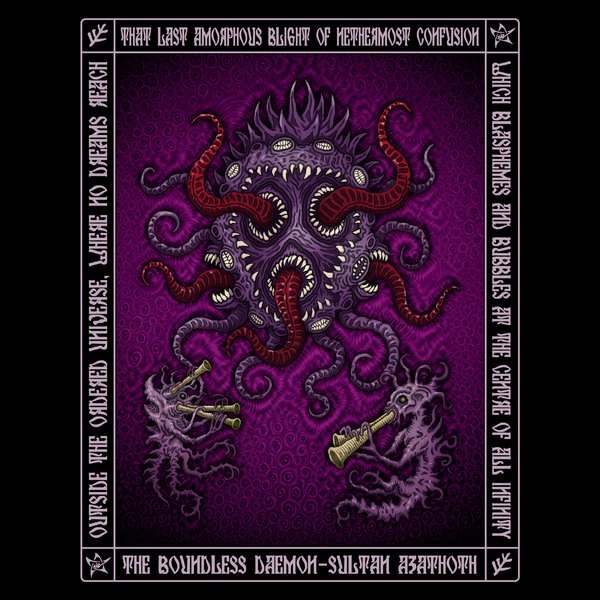 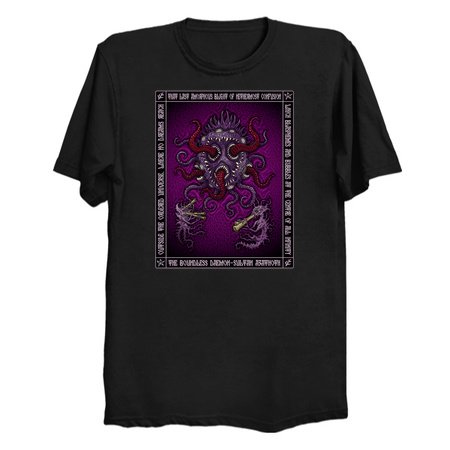 Azathoth Icon - Azhmodai 2018 by Azhmodai
There were, in such voyages, incalculable local dangers; as well as that shocking final peril which gibbers unmentionably outside the ordered universe, where no dreams reach; that last amorphous blight of nethermost confusion which blasphemes and bubbles at the centre of all infinity—the boundless daemon-sultan Azathoth, whose name no lips dare speak aloud, and who gnaws hungrily in inconceivable, unlighted chambers beyond time amidst the muffled, maddening beating of vile drums and the thin, monotonous whine of accursed flutes; to which detestable pounding and piping dance slowly, awkwardly, and absurdly the gigantic ultimate gods, the blind, voiceless, tenebrous, mindless Other Gods whose soul and messenger is the crawling chaos Nyarlathotep.