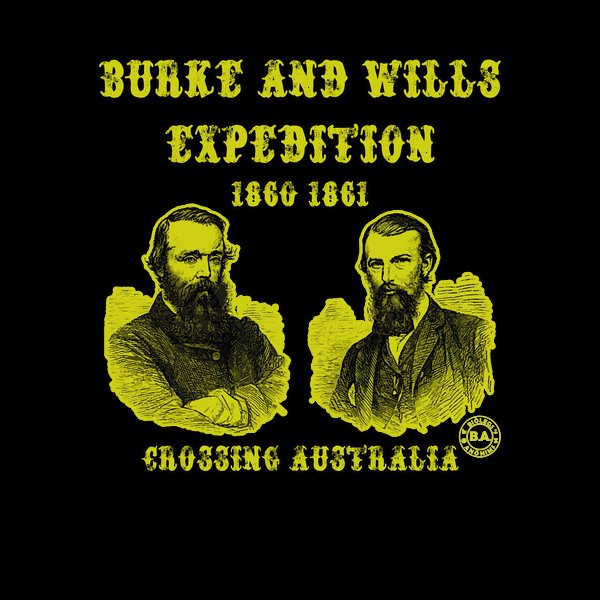 Burke and Wills Expedition by McPitu
The Burke and Wills expedition in 1860–61. It consisted of 19 men led by Robert O'Hara Burke and William John Wills, with the objective of crossing Australia from Melbourne in the south, to the Gulf of Carpentaria in the north, a distance of around 3,250 kilometres (approximately 2,000 miles).[1] At that time most of the inland of Australia had not been explored by non-Indigenous people and was largely unknown to the European settlers.

The expedition left Melbourne in winter. Very bad weather, poor roads and broken-down horse wagons meant they made slow progress at first. After dividing the party at Menindee on the Darling River Burke made good progress, reaching Cooper Creek at the beginning of summer. The expedition established a depot camp at the Cooper, and Burke, Wills and two other men pushed on to the north coast (although swampland stopped them from reaching the northern coastline).
Sale Price: $24.95
Tags: australia, expedition, science, biology, botanym australian
SUGGESTED ITEMS
$14.95
Free Shipping Info & Our Quality