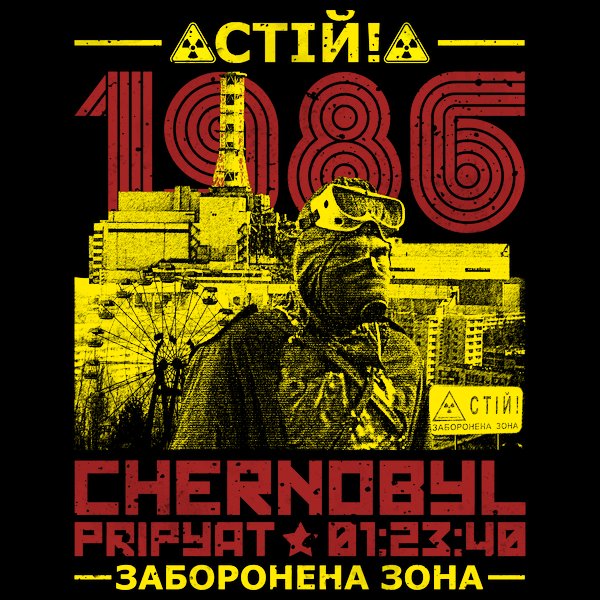 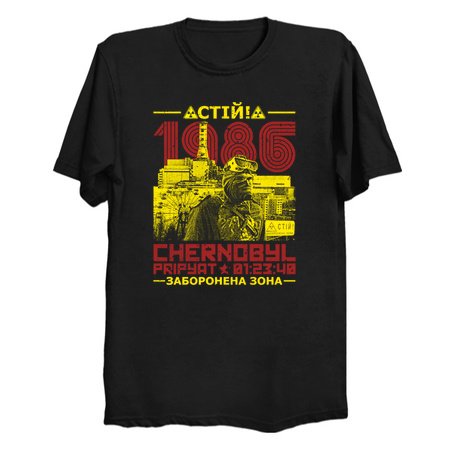 CHERNOBYL 1986 by Bomdesignz
The Chernobyl disaster was a catastrophic nuclear accident that occurred on 26 April 1986, in the No. 4 nuclear reactor at the Chernobyl Nuclear Power Plant, near the city of Pripyat, in the north of the Ukrainian SSR near the Byelorussian SSR border.
The disaster began during a systems test on 26 April 1986 at reactor 4 of the V. I. Lenin Nuclear Power Plant, near Pripyat and in proximity to the administrative border with Belarus and the Dnieper River. There was a sudden and unexpected power surge. When operators attempted an emergency shutdown, a much larger spike in power output occurred. This second spike led to a reactor vessel rupture and a series of steam explosions. These events exposed the graphite moderator of the reactor to air, causing it to ignite. Valery Legasov, Boris Shcherbina.
Tags: chernobyl, pripyat, russia, soviet, monster, scary, horror, fukushima
SUGGESTED ITEMS
$19.95
Free Shipping Info & Our Quality