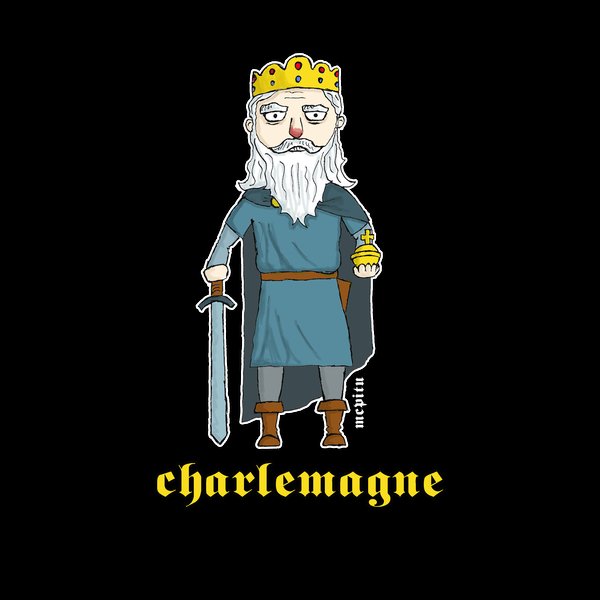 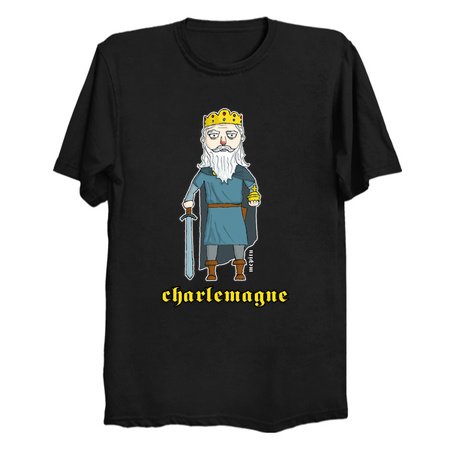 Charlemagne emperor by McPitu
Charlemagne, numbered Charles I, was King of the Franks from 768, King of the Lombards from 774, and Emperor of the Romans from 800. During the Early Middle Ages, Charlemagne united the majority of western and central Europe. He was the first recognized emperor to rule from western Europe since the fall of the Western Roman Empire around three centuries earlier. The expanded Frankish state that Charlemagne founded is known as the Carolingian Empire. He was later canonised by Antipope Paschal III.
Sale Price: $24.95
Tags: medieval, middle ages, knight, cartoon, history, france
SUGGESTED ITEMS
$24.95
Free Shipping Info & Our Quality