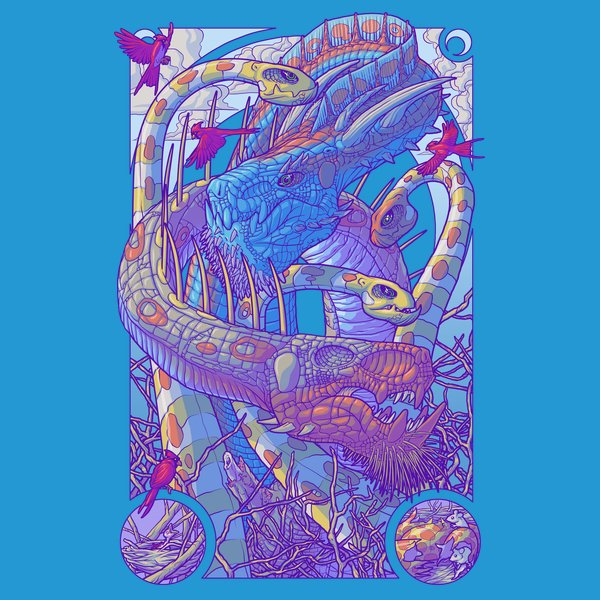 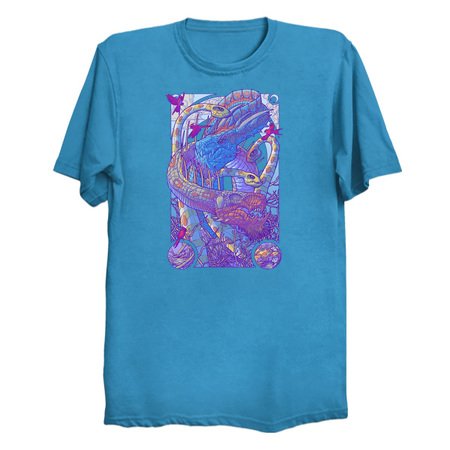 Family of Dragons II - Tyrant Wyrms by Chip Skelton
Tyrant Wyrms are so named due to the male's chewing off of the female's wings once a pair have bonded. Shortly after this, the female's scales form over her eyes, blinding her for life, making her completely dependent on the male.