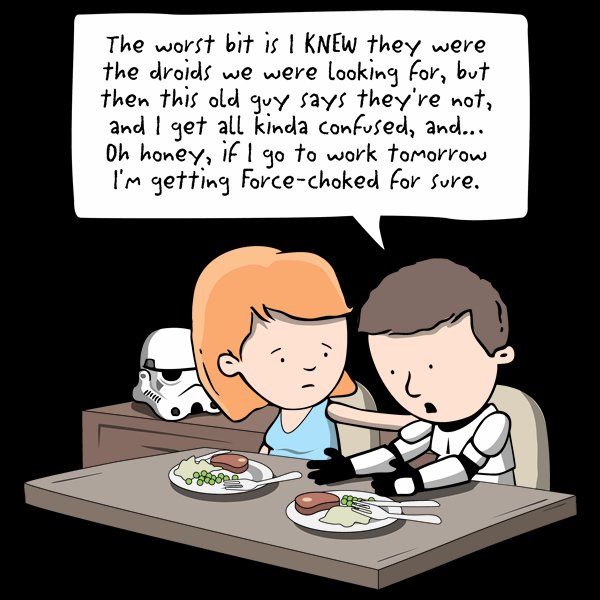 Force-Choked For Sure by Mike Jacobsen

The life of a stormtrooper isn’t for everybody- you can’t seem to hit anything you shoot at, your white armor is easily spotted in battle, and the evil empire that created you thinks of you as disposable and easily replaced.

To top it all off your big, scary boss, who dresses all in black, uses his psychic powers to punish those who don’t perform up to lofty imperial standards by choking them with his mind.

It’s hard to put your helmet on and go to work every day when you’re pretty sure today is the day you’re going to get force-choked for the last time.