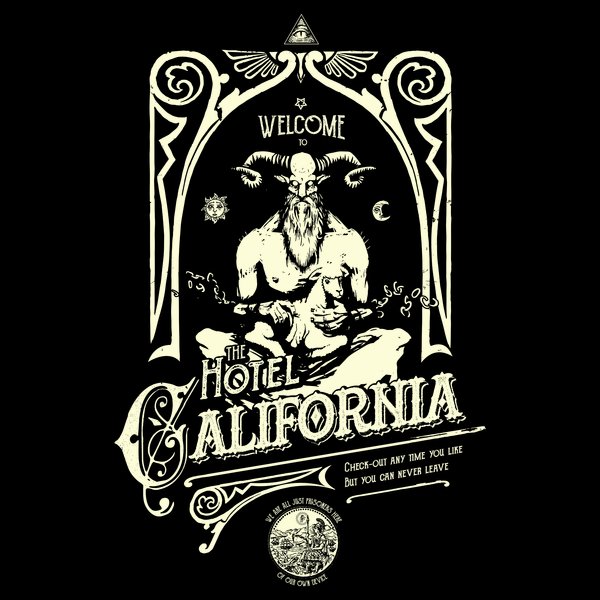 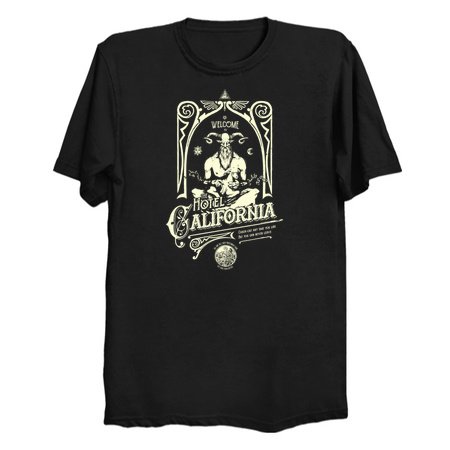 Hotel California by Propaganda Department
I loved that ridiculous rumor that started circling in the 80's about the song Hotel California being a song about satanism.
For those who missed this lovely story, here is the short version.

Apparently, on the inside of the album cover, Anton LaVey (founder of the Church of Satan in 1966) is seen peering down from the balcony.

The basic premise is that the song is about a Christian church that was abandoned (or otherwise vacated) in 1969, and was taken over by an occultist group. For some unknown reason, it became known as the “Hotel of California”
Tags: hotel, california, rock, song, satan, satanism, baphomet
SUGGESTED ITEMS
Reg. Price: $24.95
ON SALE   $19.95 (Save 20%)
Sale ends in 23 hours
$24.95
Free Shipping Info & Our Quality