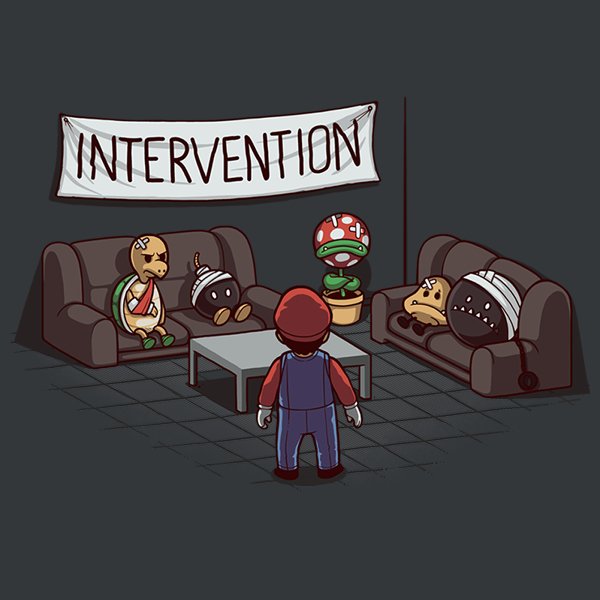 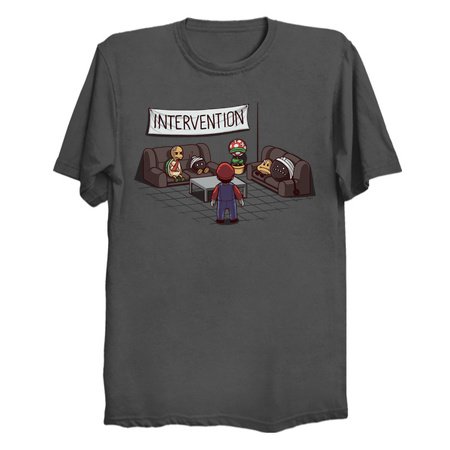 Confront your fashion sense and make a change for the better with this Intervention t-shirt by Naolito.

Mario decided it was time to sit all the baddies down for a serious talk about why they’re so disgruntled.

The angry little mushrooms said they were tired of being stepped on, so they lashed out in anger at any plumber they saw.

The turtles were sick of being kicked around, and wouldn’t stand for any more forced evictions from their shells.

The spotted plant stated that he was simply hungry, and had acquired a taste for Italian plumbers, while the little bomb claimed he wasn’t mad at all, he’d simply forgotten to take his gas tablets.

But what about that chomping ball and chain? He was mad because his master didn’t take him on enough walks!