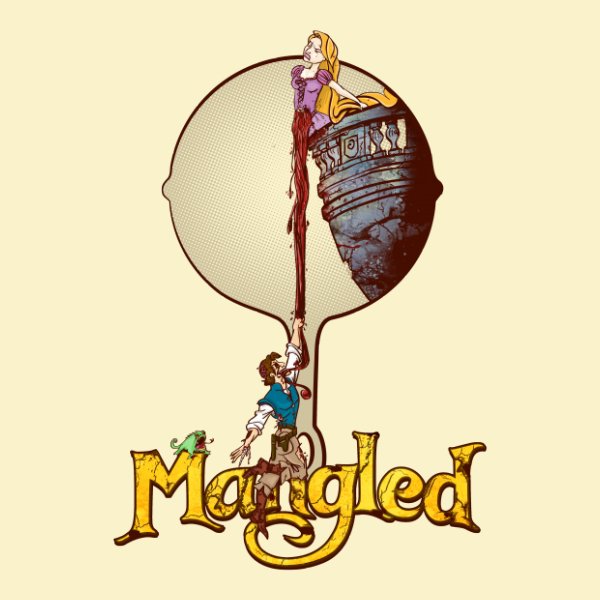 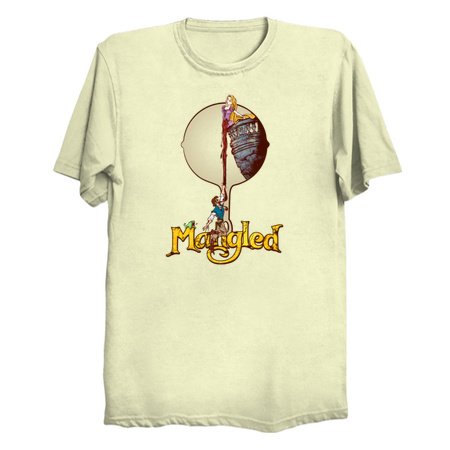 If there is anything my fellow collaborator and I love, it's zombies and animation; They are natural partners, like fried bologna and jelly. By grace of the stars aligning, and I might be speculating on that one, we were on the phone with one another while we also watched Walking Dead. The promo for Captain America came on TV during a commercial break, and the idea of meshing zombies and cartoon together hit us; Mangled, it was. Taking the inspiration from Rapunzel's long hair, we imagined the next closest body part that could equal its length that a zombie would love to feast on more than her hair; and alas, her insides became victim.