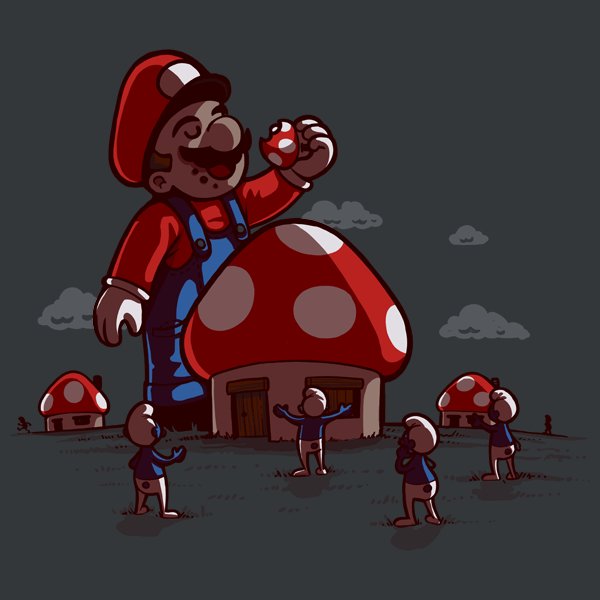 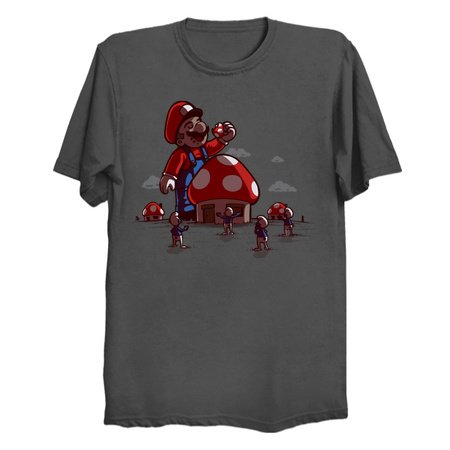 Mario enjoys mushrooms a little too much, but who can blame him when the four colored fungus he normally eats imbue him with super powers and extra lives?

But everyone knew that Mario had hit rock bottom in his obsession with eating fungus when the mushroom shaped houses that those little blue guys lived in were no longer off limits.

That was the day the mushroom eater came to the forest, and the blue guys were forced to run for their lives. Relive that horrible day when a video game icon found his way into a magical cartoon forest with this Mushroom Eater t-shirt by Naolito.