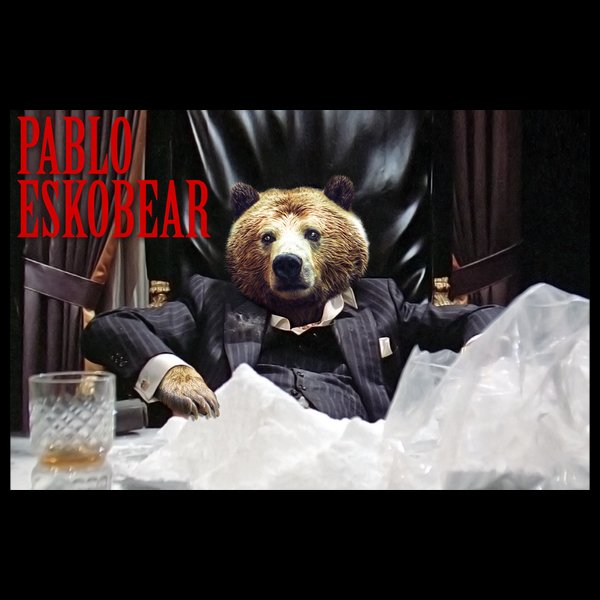 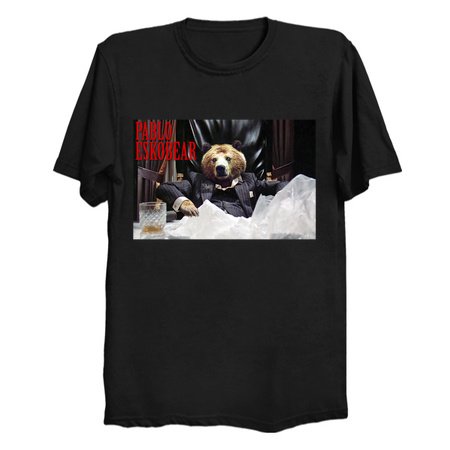 Pablo Eskobear by Bomdesignz
TRUE STORY:
In 1985, while on a coke-smuggling run from Colombia and after dropping packages off in northern Georgia, Thornton jumped from his plane, got tangled in his parachute and fell to his death. His body ended up in some guy's yard in Knoxville, Tennessee.
Three months after Thornton's bizarre death, a dead black bear was found in Georgia's Chattahoochee National Forest. It had apparently overdosed on cocaine dropped by Thornton.
Despite all that, the examiner said, the bear's body remained in good cosmetic shape. Such good shape that he thought it would be a shame to just have it cremated. He contacted a hunting buddy who did taxidermy, had it stuffed and then gifted it to the Chattahoochee River National Recreation Area.
Tags: Scarface, chico, latin, Al Pacino, Ribera, Elvira, bear, forest
SUGGESTED ITEMS
$19.95
Free Shipping Info & Our Quality