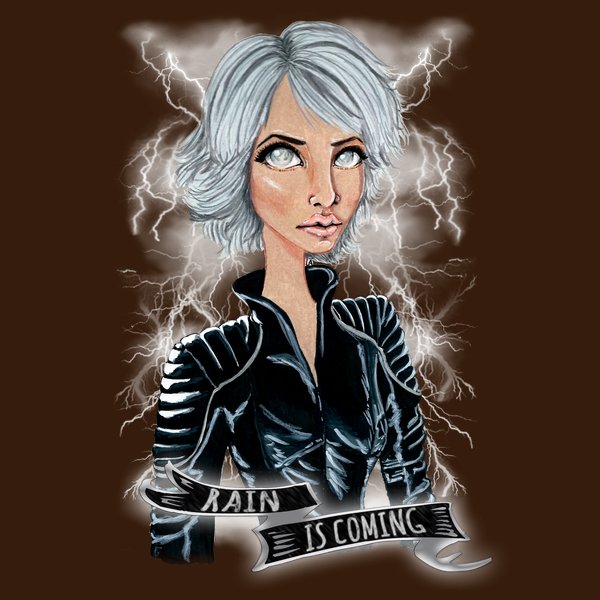 Rain Is coming by Lagoonartastic

Storm (Ororo Munroe) is a fictional character, a superheroine. She is a member of a fictional subspecies of humanity known as "mutants", who are born with superhuman abilities. She can control the weather. Storm is a member of the X-Men, a group of mutant heroes who fight for peace and equality between mutants and humans.
She is one of the most frequently seen X-Men, having appeared in most of the comic books, all of the animated television series, nearly all of the video games, and in four installments of the live-action X-Men film series, where she is portrayed by actress Halle Berry.
And, this is my personal fan art, hope you like it!!!