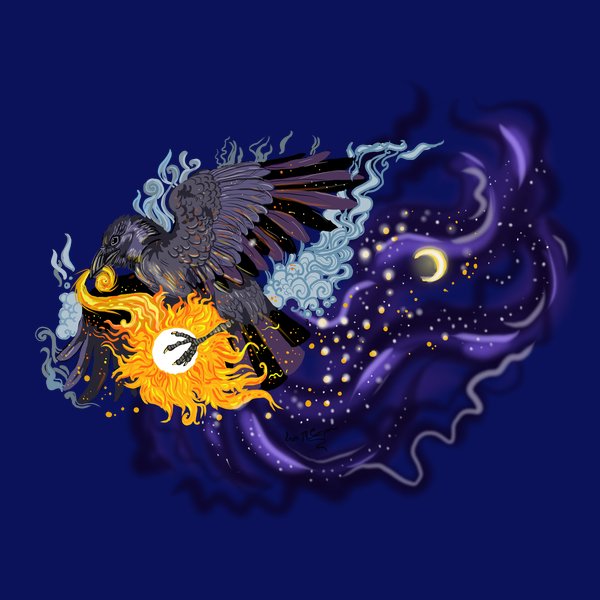 Raven Sky Folklore by Shadowind
There is an old Native American tale that tells Raven fell in love with the sky kings daughter and to impress her he stole fire from the sky king. His feathers which were once colorful and beautiful were scorched black by the smoke of the flame, and as he flew the sparks from the flame created the stars and planets. finally the flame became too hot for him and he dropped it in the sky and it became the sun!
Tags: Raven, Sky, Folklore, Story, night sky, legend, bird, celestial
SUGGESTED ITEMS
$24.95
Free Shipping Info & Our Quality