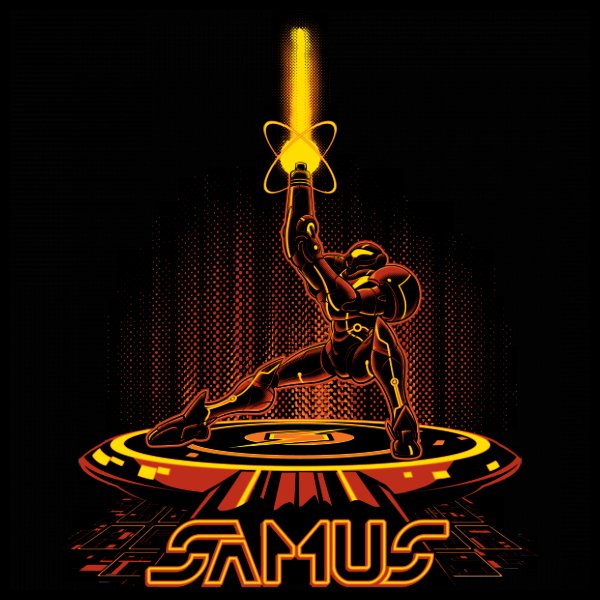 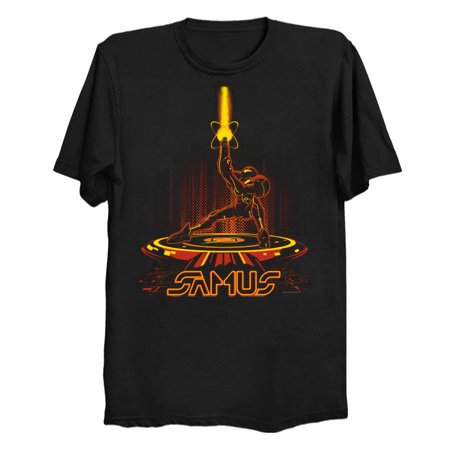 Samus was happy to be out of that stinking sewer of a planet, but there was something even more unnerving about the sterile neon landscape she now found herself trapped in, and those giant flying arches filled her with dread.

She tried to keep a low profile, but those glowing red guards could tell that she didn’t belong, so when she could no longer hide she began to fight.

It was a good thing that her blaster arm still worked in this world, and there were lots of ports and tubes for her to roll up into when the going got tough, but Samus soon found herself surrounded and forced to compete in the arena.