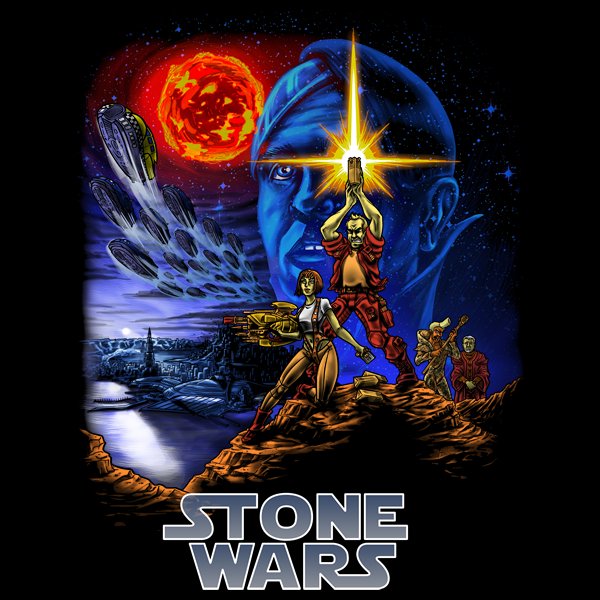 "A few hundred years in the future, in a galaxy, uh, right here...

It is a period of awesomeness. A flying taxi cab driver, struck by a mysterious orange-haired woman, just had 5 points removed from his license. When he brings her to a priest, he finds out she is the supreme being. She's "perfect."

During the ordeal, an enterprising man named Zorg sent spies to to steal the stones, the Earth's only hope and last line of defense against Evil. The ultimate weapon against Evil, the Four Stones, was not complete without a fifth... A Fifth Element.

Pursued by Zorg's sinister agents, Leeloo did all sorts of kick-assery while Miss Pavalaguna sang her tendrils off, and Korben Dallas shot some Mangalores. Then after a lot of stuff happened, they returned to Earth where they would finally bring peace to the Galaxy..."