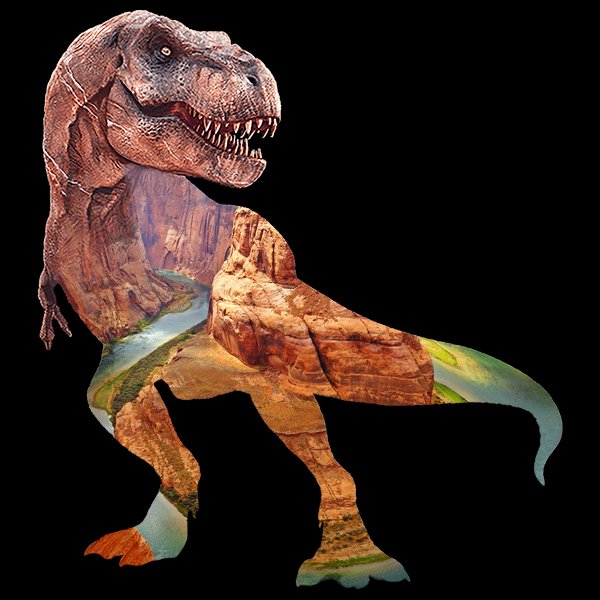 T-rex (grand canyon) by Bomdesignz
Photography mix of art and editing. Is it grand canyon in a Tyrannosaurus? Or is a t-rex in grand canyon? Its a parody original artwork of texture blending the nature with t-rex. Rocks, river, dust, and Tyrannosaurus. A scary thankfully not longer exist animal of the past. It looks like a painting but its combination of many styles and types of artwork.
The terrific T. Rex was a seriously big beast, growing up to 12m long and 6m tall.
The T. Rex roamed the planet during the late Cretaceous Period 65 million years ago, in what’s now the USA and Canada.
The T. Rex was super smart too, boasting a brain twice as big as those of the other giant carnivores.
Tags: Tyrannosaurus, scary, horror, dino, dinosaur, fossil, museum, science
SUGGESTED ITEMS
$19.95
Free Shipping Info & Our Quality