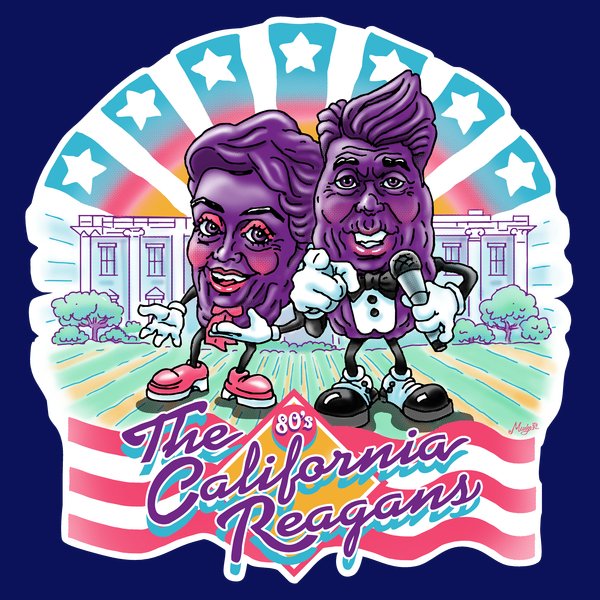 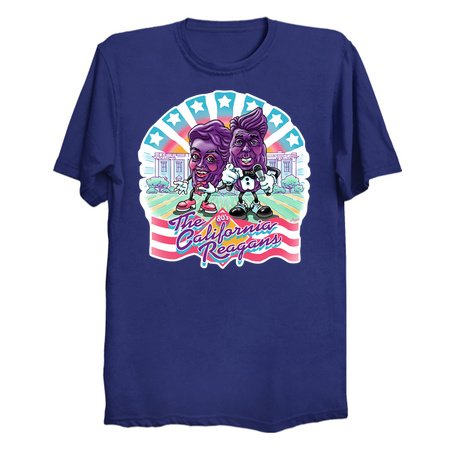 The California Reagans by Mudge
The California Reagans are a Reagan White House and The California Raisins mashup. The Reagans pretty much owned the White house during the decade of the 80's while the Raisins were seen everywhere on commercials, t-shirts, toys and other novelties. Thought it would be funny to use pop culture to create a little political humor. Hollywood and Ronald's Governorship in California was a perfect fit for this concept. It also didn't hurt that Reagan's rhymes with Raisins. Hope u like it.
Tags: california, raisins, reagans, ron reagan, ronald reagan, nancy reagan, 1980's, 80's, political, president, white house, california raisins, parody
SUGGESTED ITEMS
$24.95
Free Shipping Info & Our Quality