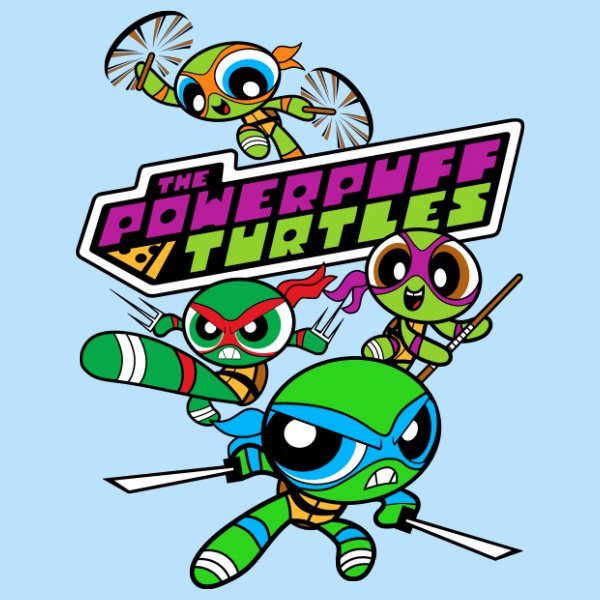 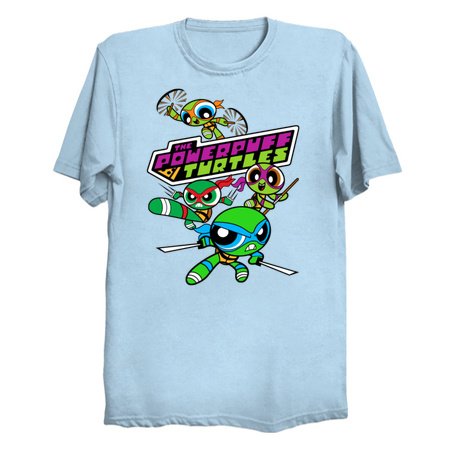 The Powerpuff Turtles by djkopet

Sugar, spice, and everything nice came in contact with a powerful mutagen one day, and then some turtles stepped into the goo and messed the whole thing up.

They became the Powerpuff Turtles- four incredibly round figures with the ability to kick butt and chew bubblegum at the same time.

When New Townville came under attack by Jojo Shredder, an evil mastermind of a mutant monkey in a wicked sharp suit, the Powerpuff Turtles flew into action, their only disguise a bandanna mask tied over their eyes.

But when the people saw those strange creatures busting out ninja moves in the middle of the street they couldn't decide whether they were more scared of the metal clad monkey or the crazy turtle dudes!