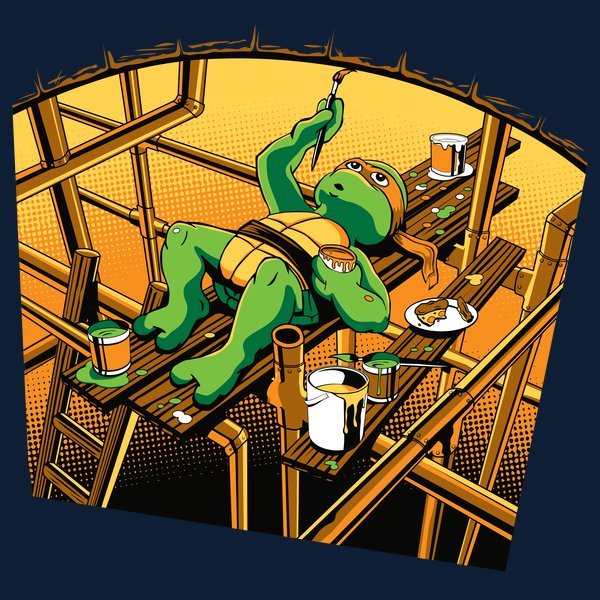 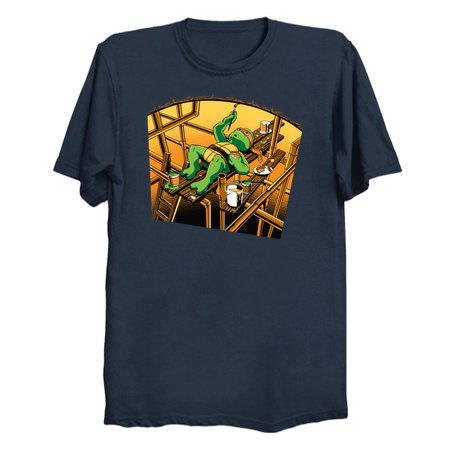 The Sistine Sewer by djkopet

After the battle for the streets had ended, and Mike discovered that being a teenage mutant wasn't so bad after all, he was struck by inspiration and decided to paint an epic mural inspired by the amazing works of the classical artist Michaelangelo.

He decided to paint the entire ceiling of the sewer he called home with a masterpiece inspired by the artwork found on the Sistine Chapel's ceiling, adding his own mutant twist to the imagery.

Mikey replaced the angels with ninjas, placed Splinter in the role of God, and himself as Adam.

He then started adding likenesses of his love April, his radical bros Leonardo, Raphael and Donatello, and then decided the masterpiece wouldn't be complete without an image of the shredder defeated.