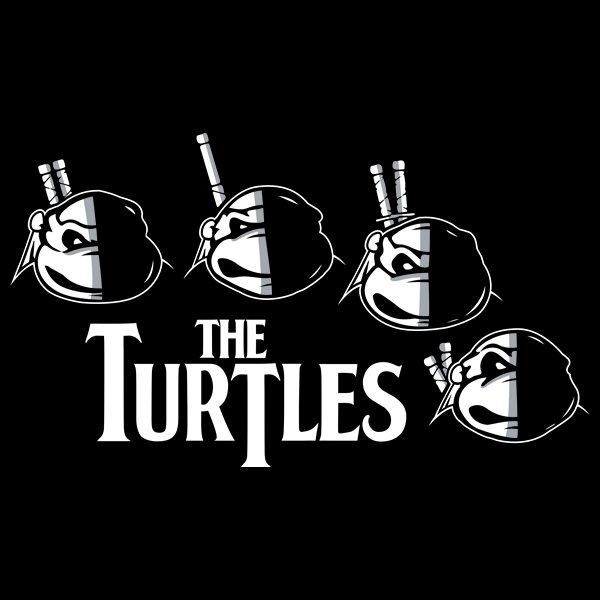 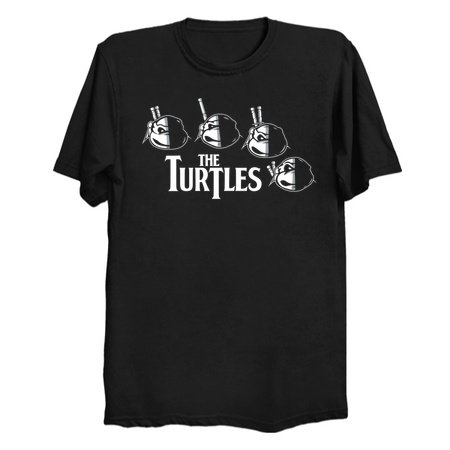 The Turtles by Warbucks Design

Being a ninja doesn’t pay much of anything, and it doesn’t earn you any favor with the public when you’re forced to conceal your identity, so what’s a mutant to do when the pizza money runs out?

The turtles weren’t big fans of nine-to-five jobs, and true to their teenage nature they wanted to do something flashy and fun, so they decided to form a band.

Naturally they called themselves The Turtles, and although there was already a band with that name they figured people wouldn’t mix them up because their sound totally shredded!