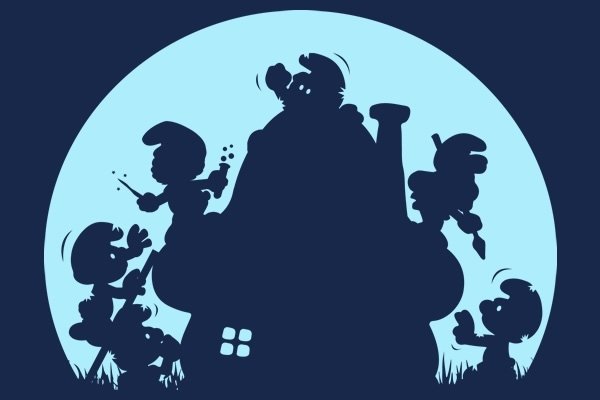 The Village by Warbucks Design

Don’t take those little blue men too lightly, because they have seen things which the uninfected can only imagine. Where once there was a hunger for berries in their guts they now craved blue flesh, and little blue brains.

Their hunger was insatiable, and before the survivors knew it the entire village had been overrun by the walking dead, the forest looking like the leftovers from a mushroom grower’s festival.

They were used to fighting much larger enemies, like that alchemist and his darn cat, but hundreds of their own turned into cannibalistic undead savages ended up being far too much for the survivors to handle!