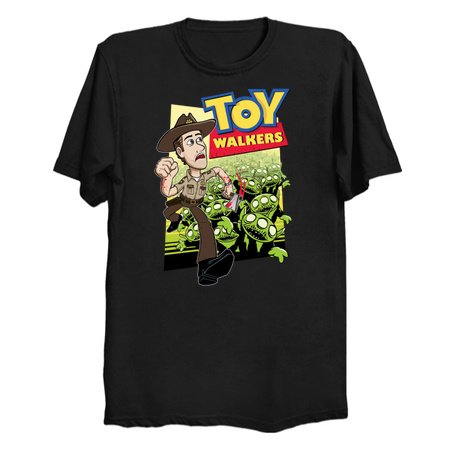 Woody knew something was wrong when he heard the sound those little alien toys were making in the claw machine. They sounded like they were growling, and that coupled with the unmistakable sound of plastic being chewed to bits shook Woody to his very core.

He was a toy sheriff who carried around a toy gun, so he wasn’t prepared for dead alien biters capable of ripping a toy apart with their teeth!

Woody hoped he would survive the encounter, because it would make a great story to tell his grandkids, but as the zombie aliens closed in he felt his hope of escape slipping away...