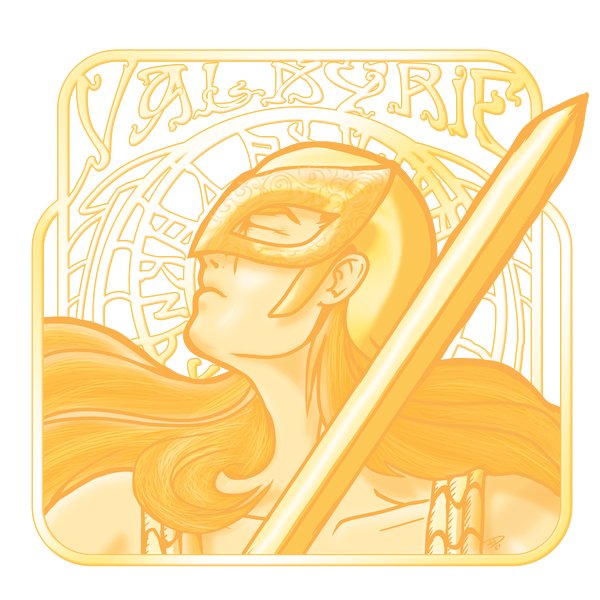 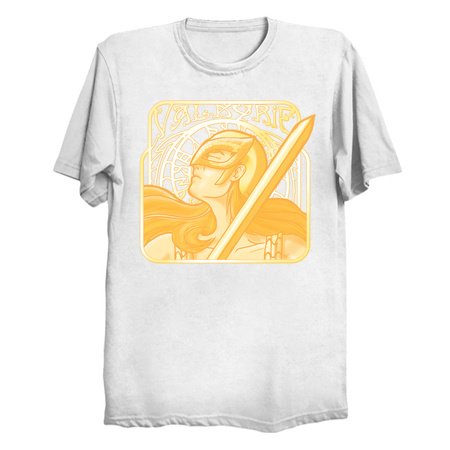 Valkyrie by Darran Hight
In Norse mythology, a valkyrie from Old Norse valkyrja "chooser of the slain") is one of a host of female figures who choose those who may die in battle and those who may live. Selecting among half of those who die in battle (the other half go to the goddess Freyja's afterlife field Fólkvangr), the valkyries take their chosen to the afterlife hall of the slain, Valhalla, ruled over by the god Odin. There, the deceased warriors become einherjar. When the einherjar are not preparing for the events of Ragnarök, the valkyries bear them mead.
Tags: norse, nordic, viking, Valkyrie, mythology
SUGGESTED ITEMS
$24.95
Free Shipping Info & Our Quality