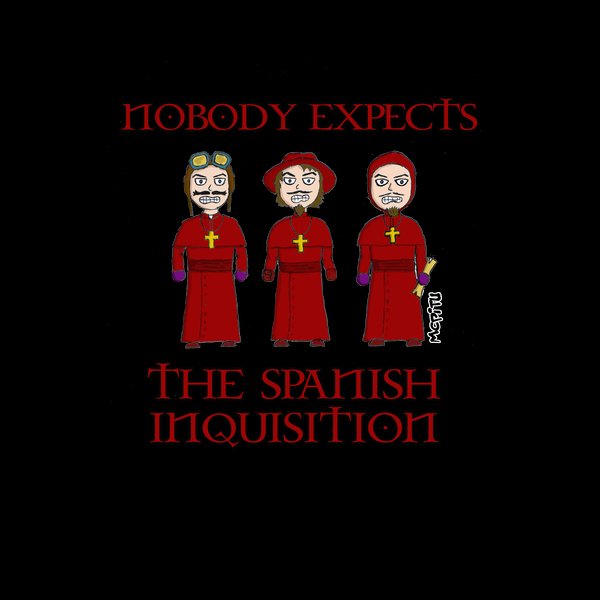 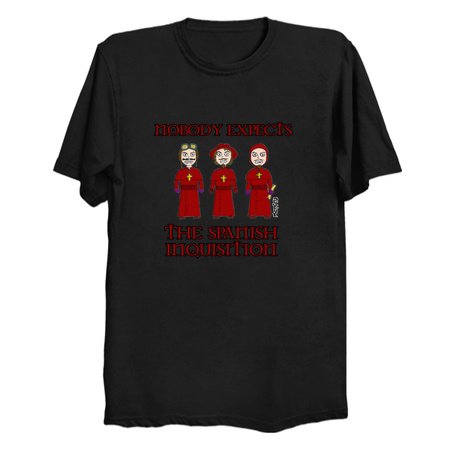 the spanish inquistion by McPitu
The Tribunal of the Holy Office of the Inquisition (Spanish: Tribunal del Santo Oficio de la Inquisición), commonly known as the Spanish Inquisition (Spanish: Inquisición española), was established in 1478 by Catholic Monarchs, King Ferdinand II of Aragon and Queen Isabella I of Castile. It was intended to maintain Catholic orthodoxy in their kingdoms and to replace the Medieval Inquisition, which was under Papal control. It became the most substantive of the three different manifestations of the wider Catholic Inquisition along with the Roman Inquisition and Portuguese Inquisition
Tags: cinema, humor, comedy, television, spanish inquisition, freak, retro
SUGGESTED ITEMS
$24.95
Free Shipping Info & Our Quality