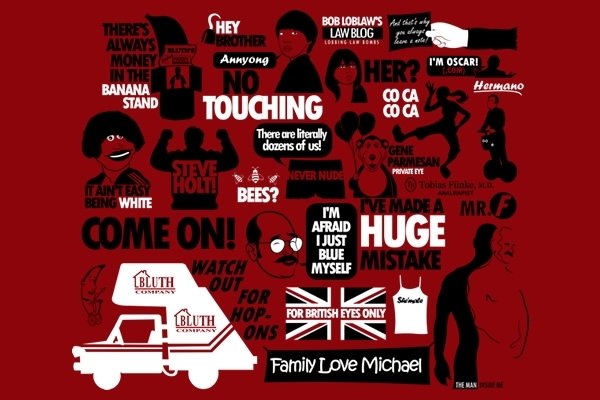 The patriarch of the Bluth family took time to jot down some of his favorite quotes overheard being said by his family, in between shifts at the Banana Hut and months spent in a federal correctional facility.

He didn’t want his life to end just because he had been arrested, and he felt the best way to spend his days would be in the development of a screen play about his family’s life.

The characters were already there- Tobias was a never nude who also worked as an analrapist, GOB was a magician who could make a whole stack of money disappear in a flash, and good old Michael tried to keep the family in line while his dear old dad bided his time behind bars.

This, thought George Bluth Sr., was the making of an all American tale of one family’s fall from grace, and it would surely win him the Oscar!