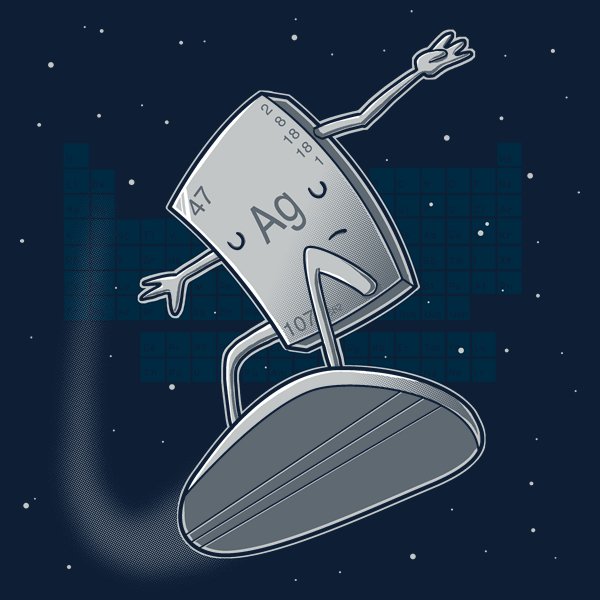 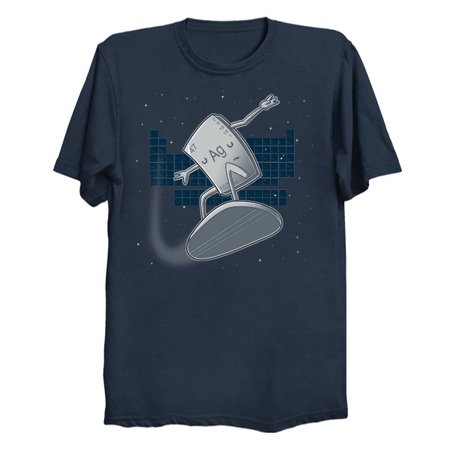 They all thought that surfing metal cube had come from outer space, but as it turns out he was most likely created in a lab, a lab that was run by some golden haired California surfer dude.

The cube became known as the Chemical Surfer, and whenever he rode those turbulent airwaves into town people would marvel at the silver trails he left in the air and tried to decipher what the cube’s emblazoned Ag stood for as he calmly rode by.

One day a scientist witnessed his ride and declared “he’s made out of silver! See the number 47 on his forehead? That’s his atomic number. And the 107 marked on his lower region? That’s his atomic mass, which is actually 107.8682…”

The scientist kept droning on, but the people were long gone, because he’d taken all the fun out of watching that silver cube surf in the sky!