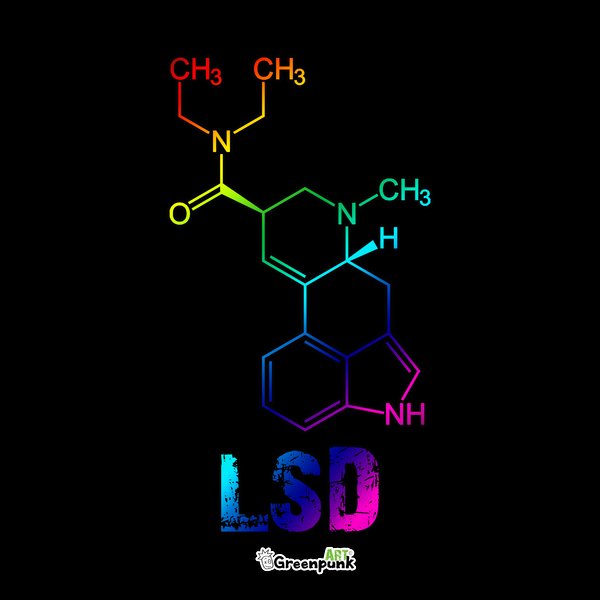 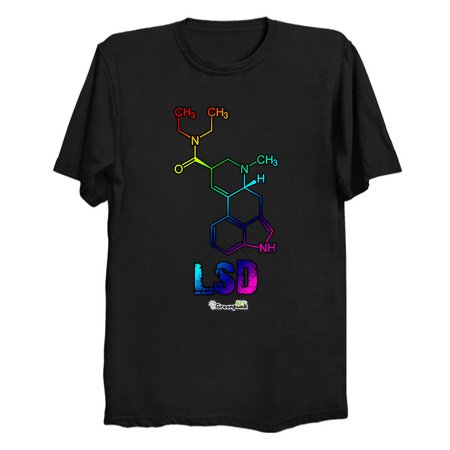 Chemistry of LSD by McPitu
Lysergic acid diethylamide (LSD), also known colloquially as acid, is a psychedelic. Effects typically include intensified thoughts, emotions, and sensory perception. At sufficiently high dosages LSD manifests primarily visual, as well as auditory, hallucinations. Dilated pupils, increased blood pressure, and increased body temperature are typical. Since LSD binds to dopamine receptors in addition to serotonin receptors its effects are also more energetic and fast paced compared to psychedelics such as psilocybin, which is not a dopamine agonist. Effects typically begin within half an hour and can last for up to 20 hours. LSD is also capable of occasioning mystical experiences and ego disillusion, albeit less frequently than compounds such as psilocybin. LSD is both the prototypical psychedelic and one of the 'classical' psychedelics, being the psychedelics with the greatest scientific and cultural significance.
Sale Price: $24.95
Ready to place an order? Visit us at https://www.neatoshop.com/product/Chemistry-of-LSD or call (877) 632-8370 (or 1-661-298-1206 if outside the United States) M-F 10AM to 5PM. We'll be happy to help!
Tags: lsd, chemistry, biology, science, lab, molecule, acid, psychedelic
SUGGESTED ITEMS
$24.95
Free Shipping Info & Our Quality