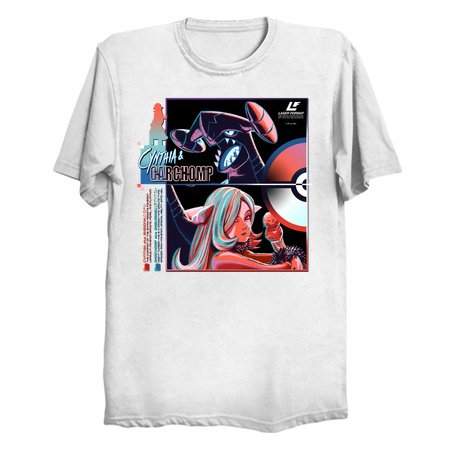 Cynthia & Garchomp Remix by Ten Tenorio
Throughout The Cold War our national security depended greatly on the swift and covert maneuvers of allied intelligence agencies and their trusted operatives. Some agents were experts, some were novices while others that had served a purpose had gone completely rogue.

As much as politics played a role in this game, "Atomic Blonde" shows us that the operatives themselves would also pair off in their own deadly dance to see who comes out on top.

From my perspective, 1989 was also marked by a similar and parallel war known as The Format War when the elite LaserDiscs competed with commonplace VHS, and Vinyl Records were being replaced by the Cassette Tapes format (soon to compete with Compact Discs). And we all know how that went because we barely use any of these formats at all; thank you MP4.