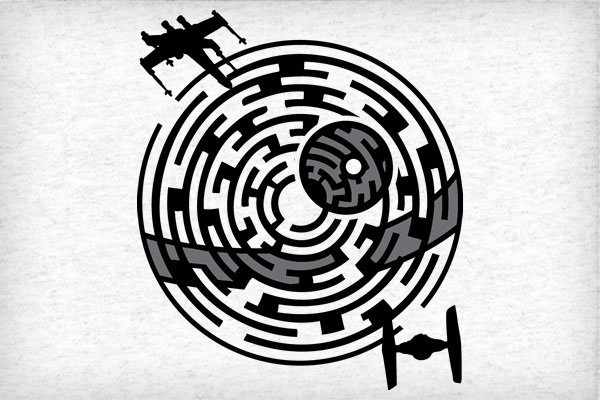 Shooting a giant black sphere in one specific spot is quite easy to do, but when the entire surface of that artificial star is one giant maze of destruction blowing it up may become mission impossible, and even attempting such a thing is a declaration of war.

There was only one pilot who could make it through the maze without tripping the alarms, a guy they called the sky walker who used a mysterious force to guide his craft around the maze walls.

His name was Luke, and he was about to become the hero of rebels and maze aficionados across the galaxy…