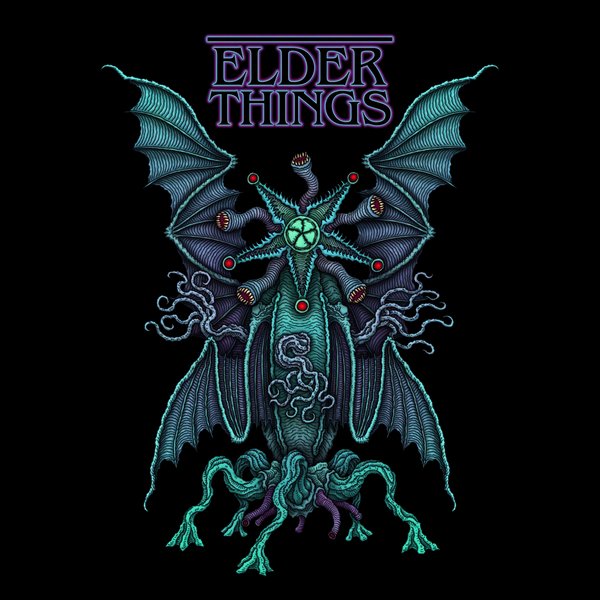 "Six feet end to end, three and five-tenths feet central diameter, tapering to one foot at each end. Like a barrel with five bulging ridges in place of staves. Lateral breakages, as of thinnish stalks, are at equator in middle of these ridges. In furrows between ridges are curious growths – combs or wings that fold up and spread out like fans...which gives almost seven-foot wing spread. Arrangement reminds one of certain monsters of primal myth, especially fabled Elder Things in [the] Necronomicon."