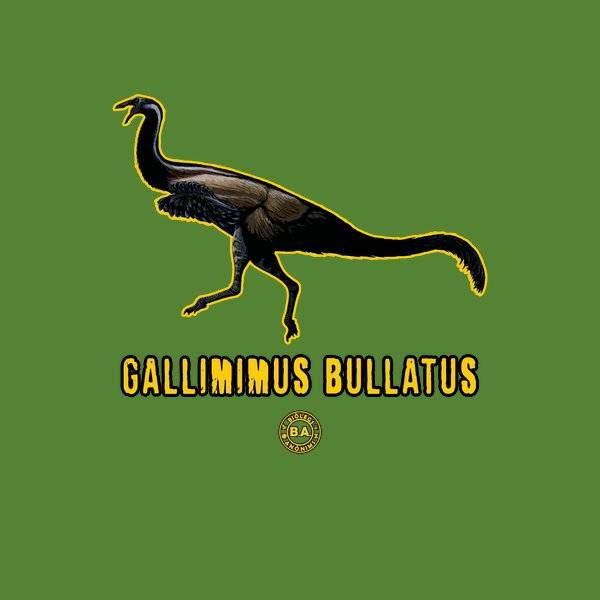 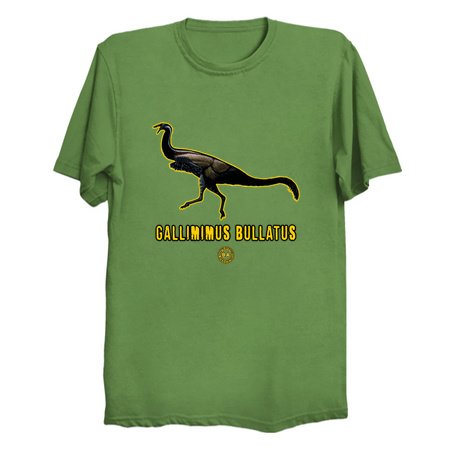 Gallimimus bullatus by McPitu
Gallimimus (/ˌɡælɪˈmaɪməs/ GAL-i-MY-məs) is a genus of theropod dinosaur that lived in what is now Mongolia during the Late Cretaceous period, about seventy million years ago (mya). Several fossils in various stages of growth were discovered by Polish-Mongolian expeditions in the Gobi Desert of Mongolia during the 1960s; a large skeleton discovered in this region was made the holotype specimen of the new genus and species Gallimimus bullatus in 1972. The generic name means "chicken mimic", referring to the similarities between its neck vertebrae and those of the Galliformes. The specific name is derived from bulla, a gold capsule worn by Roman youth, in reference to a bulbous structure at the base of the skull of Gallimimus. At the time it was named, the fossils of Gallimimus represented the most complete and best preserved ornithomimid ("ostrich dinosaur") material yet discovered, and the genus remains one of the best known members of the group.
Sale Price: $24.95
Tags: dinosaurs, zoology, science, biology, dino, prehistoric, dinosauria, cretaceaous
SUGGESTED ITEMS
Reg. Price: $24.95
ON SALE   $19.95 (Save 20%)
Sale ends in 6 days
$24.95
Free Shipping Info & Our Quality