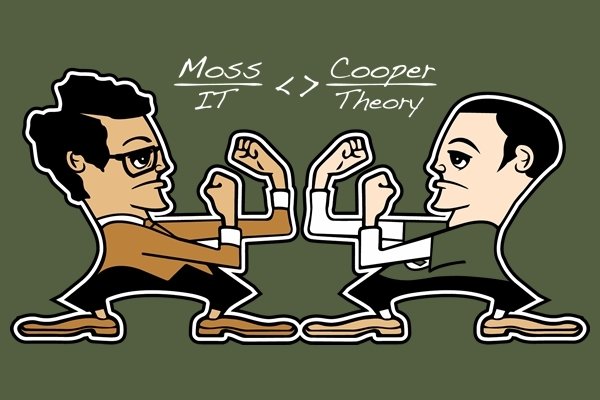 In the battle of Moss versus Cooper there can be only one victor, one ultimate nerd with the answer to every theory thrown their way. One man possessed the power of the IT, and was able to turn things off and on again with a mere thought.

The other possessed the power of the big bang, which he tossed like a lightning bolt while shouting bazinga. Both were equally unlikeable, equally introverted and just as ill equipped to carry on a conversation with a normal human being.

Their life had been accompanied by a laugh track before they met, but things were about to get serious now that they’d met their match.