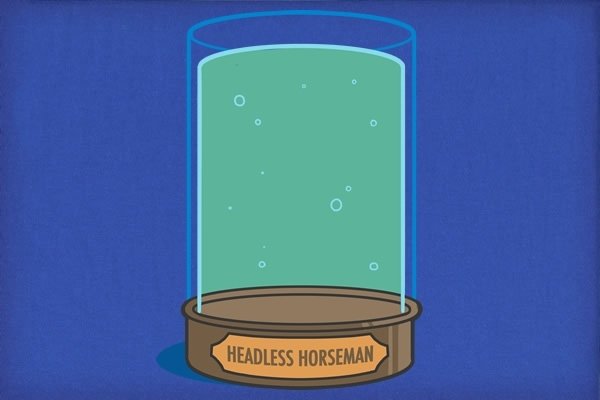 Ichabod Crane fought against a legendary horseman who was missing his head, an evil force that terrorized the town and made for good folklore.

The horseman threw flaming pumpkins at unsuspecting passersby, a cruel joke meant to show innocent people that he was out of his mind and missing his head!

When it was later discovered that he had a head after all they preserved his ghostly cranium in a jar, displaying it for all to see in the Museum of Bizarre Antiquities.