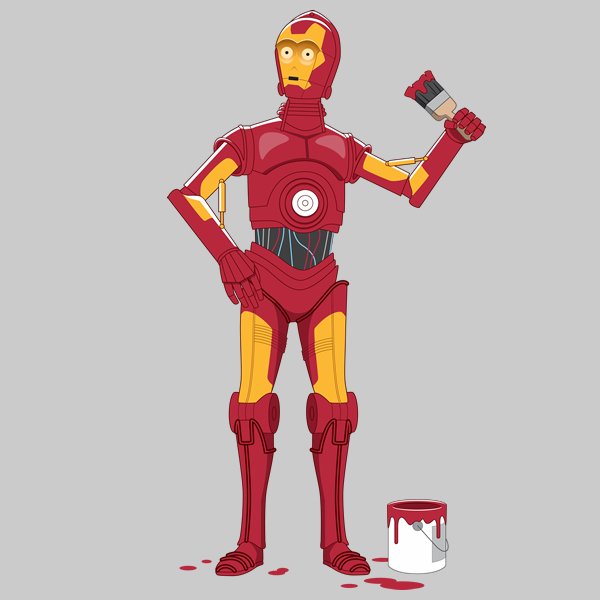 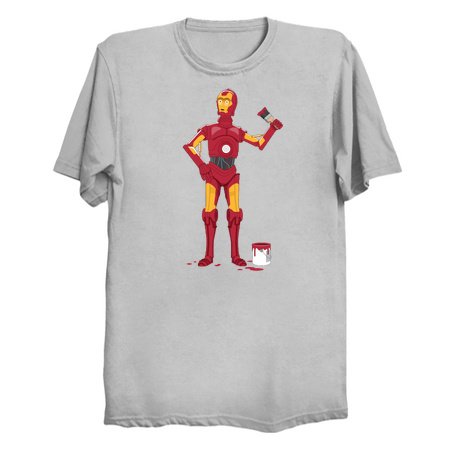 Comic books are making their way across the galaxy, and residents of far flung planets are now being exposed to earthly accounts of superhero folklore.

Some species just don’t see the appeal of human beings flying around punching bad guys in the face, but droids have taken a shine to these illustrated stories from Earth, especially the ones starring characters that sport a decidedly robotic look.

When a famous protocol minded droid came across the accounts of a man made of iron, who flew through the sky firing beams from his hands, and slurred one liners from beneath his helmet, that droid became the first ever robotic cosplayer, and the intergalactic geek revolution had begun.