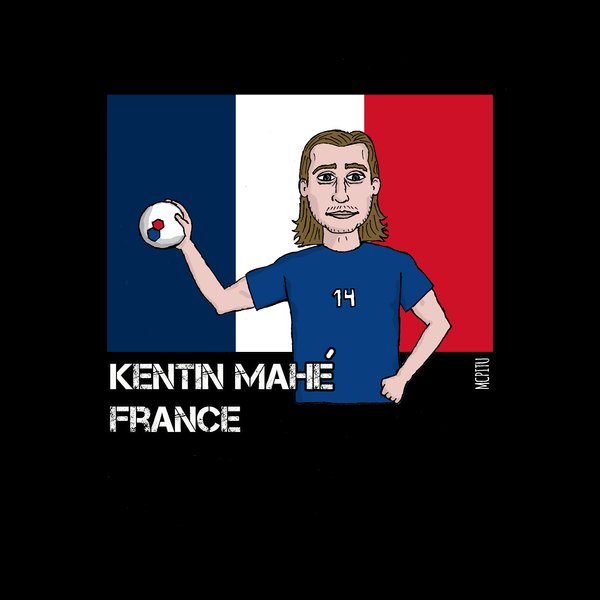 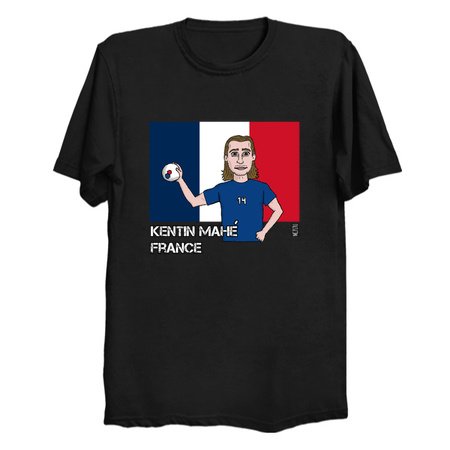 Kentin Mahé was born in Paris and started to play handball at age six in AS Monaco, before briefly representing ASPTT Nice. In 2000, he moved to Germany where he grew up, due to his father Pascal Mahé, a former handball player, taking up several managerial positions in the country.

His maternal grandmother is from Sweden and he lived in Stockholm for four months in 2008, aged 18, playing youth handball with then reigning national champions Hammarby IF.

Mahé returned to Germany in 2009 and made his senior debut for DHC Rheinland, before enjoying stints in VfL Gummersbach and HSV Hamburg.

In 2015, he signed with the German top club SG Flensburg-Handewitt where he developed into a world class-player under the management of Ljubomir Vranjes. He joined the Hungarian club MVM Veszprém KC on 1 July 2018.
Sale Price: $24.95
Tags: handbol, andebol, balonmano, handball, francia, french, france, player
SUGGESTED ITEMS
Reg. Price: $24.95
ON SALE   $19.95 (Save 20%)
Sale ends in 1 day
$24.95
Free Shipping Info & Our Quality