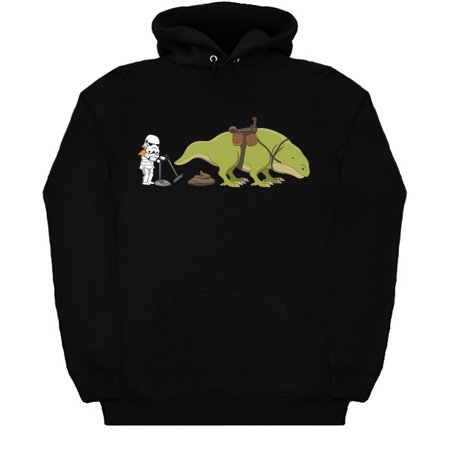 As if the life of an armor clad trooper patrolling a desert planet full of man eating pits isn’t hard enough, you constantly have to clean up after the giant lizard you ride into battle that drops loads bigger than your head!

You should have known joining the evil empire wasn’t going to be all fun and games when they issued you a giant pooper scooper as part of your standard equipment, but some days you can’t help but wish you rode a giant space cat instead of a lizard, because at least space cats cover up their own poop!