Tis But A Scratch
Home

Tis But A Scratch 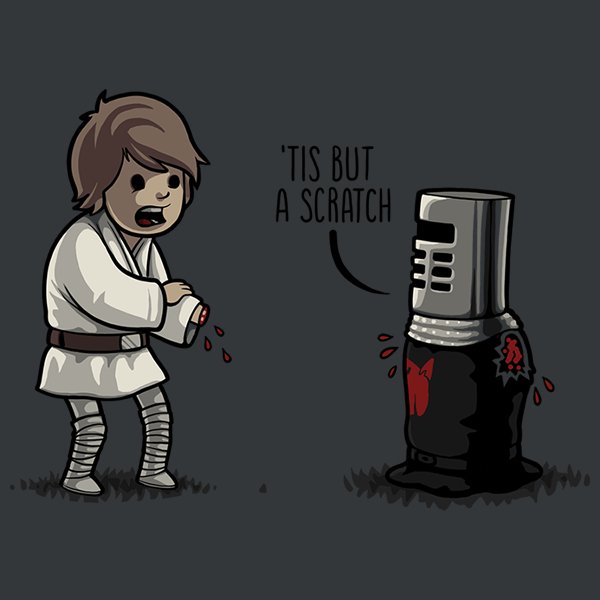 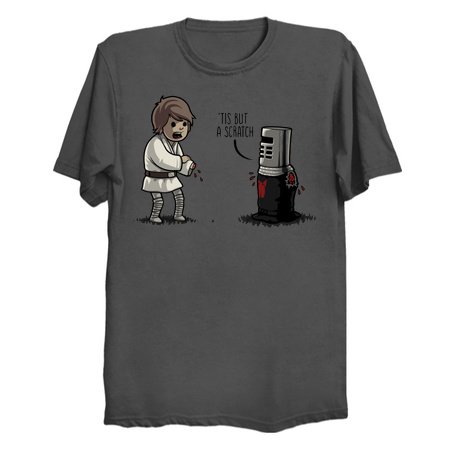 Tis But A Scratch by Naolito

Luke had no idea what he was up against when he was accosted by the Black Knight on the forest moon. He was, however, bound for glory so it didn’t take Luke long to realize that he would have to get past this armor clad freak no matter what the cost.

They exchanged a flurry of sword strikes, and Luke found that he had lost his left hand in the fight.

The knight, however, had lost his entire lower half, so the odds still seemed to be in young Luke’s favor, but when the Black Knight began taunting Luke about not having the guts to finish him off Luke had no choice but to walk away with a chorus