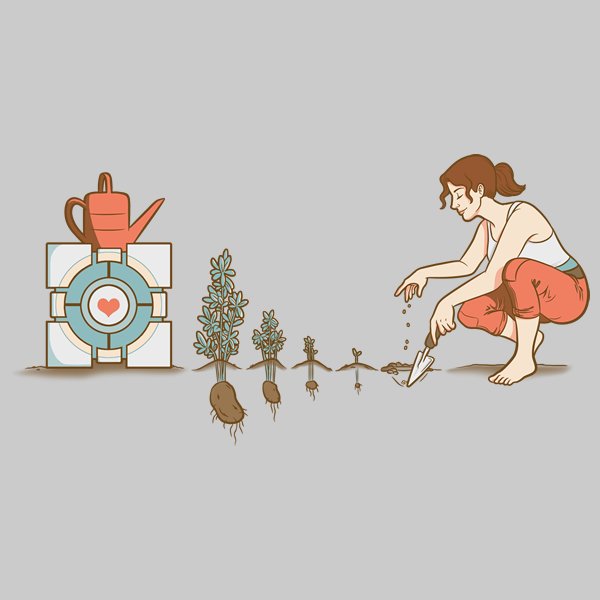 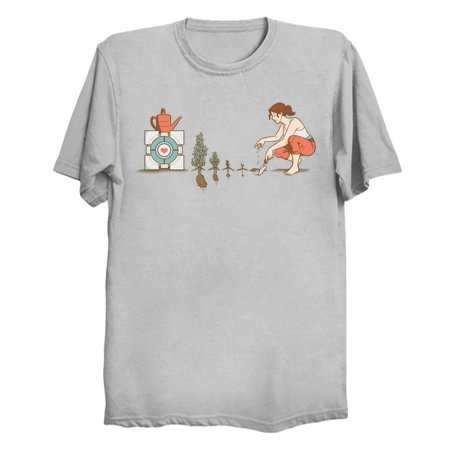 When scientists get tired of tinkering with technology and warping the laws of physics they turn to a new venture that not only offers serenity and sustenance, but also might end up benefitting the world- gardening.

Their newly discovered strain of portatos- interdimensional potatos that taste out of this world, are set to revolutionize how the world grows vegetables.

By simply opening a portal, sending the growing potato through and coming back later to reopen the portal and retrieve the potato you’ve got a food crop that won’t take up any space yet tastes larger than life! Portatos- brought to you by Aperture, the makers of the portal gun and those extremely unreliable white robots.