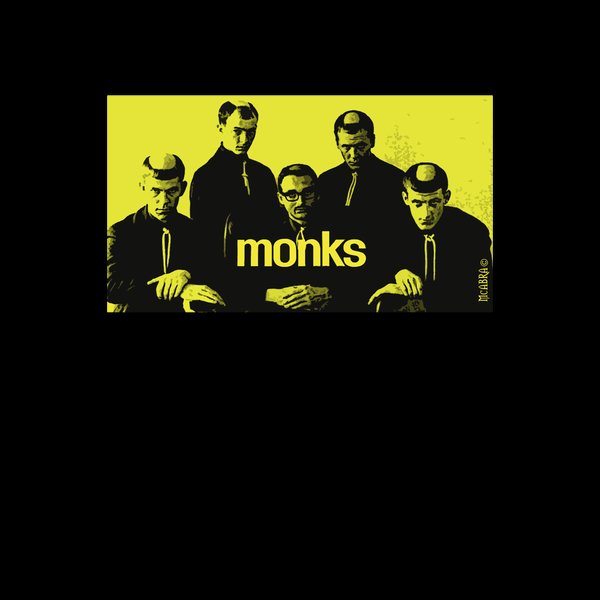 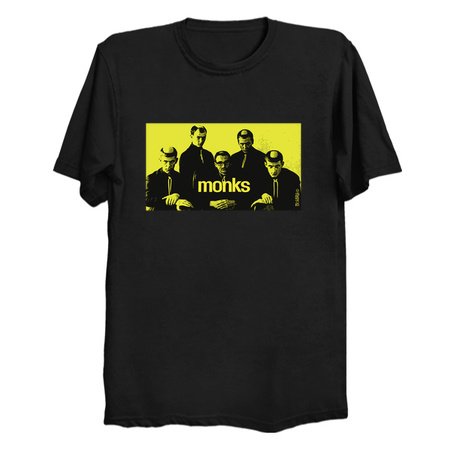 the monks punk by McPitu
The Monks, referred to by the name monks on record sleeves, were an American garage rock band formed in Gelnhausen, West Germany in 1964. Assembled by five American GIs stationed in the country, the group grew tired of the traditional format of rock, which motivated them to forge a highly experimental style characterized by an emphasis on hypnotic rhythms that minimized the role of melody, augmented by the use of sound manipulation techniques. The band's unconventional blend of shrill vocals, confrontational lyrics, feedback, and guitarist David Day's six-string banjo baffled audiences, but music historians have since identified the Monks as a pioneering force in avant-garde music. The band's lyrics often voiced objection to the Vietnam War and the dehumanized state of society, while prefiguring the harsh and blunt commentary of the punk rock movement of the 1970s and 1980s. The band's appearance was considered as shocking as its music, as they attempted to mimic the look of Catholic monks by wearing black habits with cinctures symbolically tied around their necks, and hair worn in partially shaved tonsures.
Tags: punk, garage, german, american, music, 60s, rock
SUGGESTED ITEMS
$24.95
Free Shipping Info & Our Quality