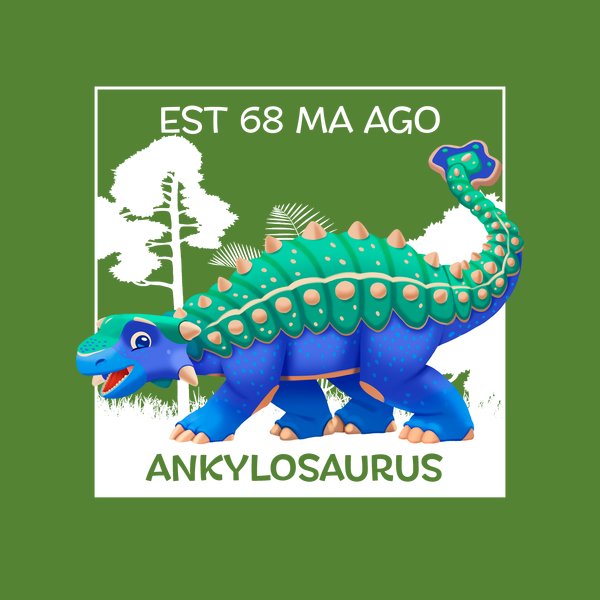 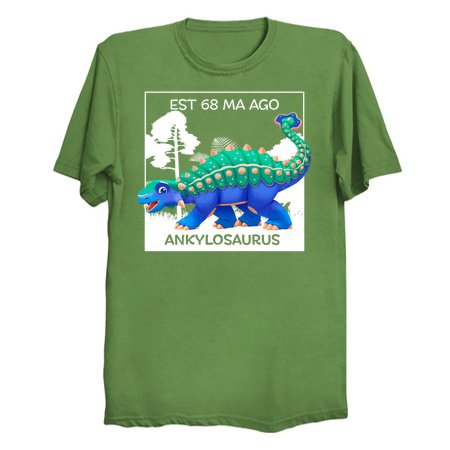 Ankylosaurus. Est. 68 Ma Ago by Moona
We drew this dinosaur specially for our kid's app "Ginkgo Dino". The huge, armored Ankylosaurus lived in North America in the Late Cretaceous. Ankylosaurus is the biggest member of a large group of armored dinosaurs. Apart from its bone body armor, Ankylosaurus had another distinctive detail: a bony club at the end of its tail.
"Ma" is commonly used in scientific disciplines such as geology, paleontology, and celestial mechanics to signify very long time periods into the past or future. For example, the dinosaur species Ankylosaurus was abundant approximately 68-66 Ma (68-66 million years) ago. The first Ankylosaurus fossil remains were discovered in 1900 by famous fossil hunter Barnum Brown.
SUGGESTED ITEMS
$24.95
Free Shipping Info & Our Quality