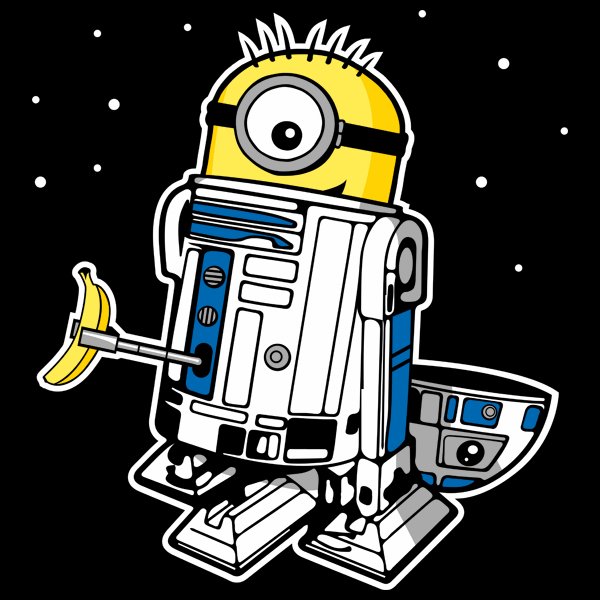 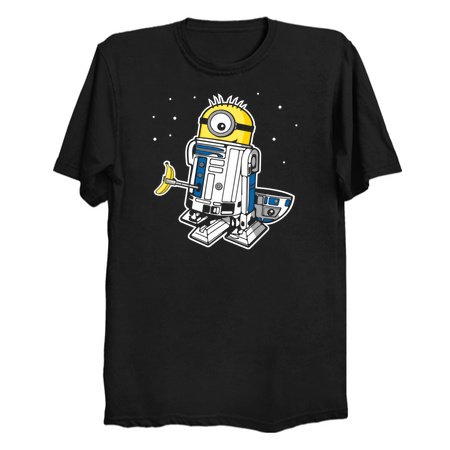 It isn’t uncommon for the little yellow minions to play dress up and let their imaginations run wild, but when that strange little fellow who calls himself D2 started spending all his time in a trash can pretending to be a robot they knew D2 had officially lost his mind.

They couldn’t get him to come out, much less help out around the evil scientist’s laboratory, so they strapped some wheels on the bottom of his painted can and rigged it up so he could serve as a banana dispenser!