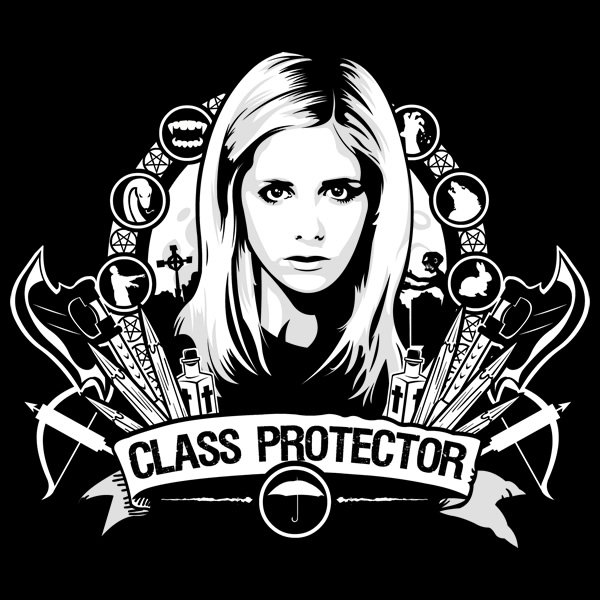 Even being a vampire hunter isn’t enough to impress some high school kids, that is, until there’s a bloodsucker trying to chomp down on their neck!

Buffy was a cheerleader, but that’s where her popularity at school stopped until those things that go bump in the night showed up in Sunnydale and started killing off students.

Now Buffy is seen as a hero to the entire school, and nobody messes with her ever since they saw her kick the crap out of that blonde bloodsucker named Spike.

It takes votes to become class president, but it takes a whole lotta toughness and a few dozen sharpened stakes to become the class protector in Sunnydale!