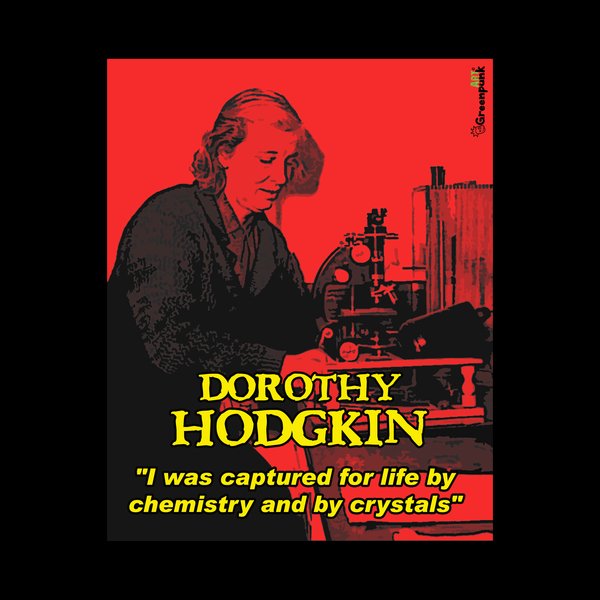 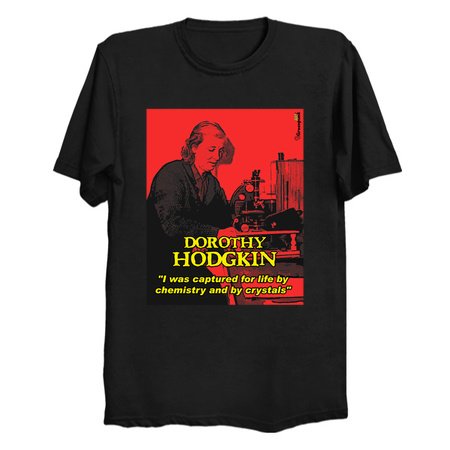 Dorothy Hodgkin by McPitu
Dorothy Mary Crowfoot Hodgkin OM FRS HonFRSC (née Crowfoot; 12 May 1910 – 29 July 1994) was a Nobel Prize-winning British chemist who advanced the technique of X-ray crystallography to determine the structure of biomolecules, which became an essential tool in structural biology.

Among her most influential discoveries are the confirmation of the structure of penicillin as previously surmised by Edward Abraham and Ernst Boris Chain; and the structure of vitamin B12, for which in 1964 she became the third woman to win the Nobel Prize in Chemistry. Hodgkin also elucidated the structure of insulin in 1969 after 35 years of work.

Hodgkin used the name "Dorothy Crowfoot" until twelve years after marrying Thomas Lionel Hodgkin, when she began using "Dorothy Crowfoot Hodgkin". For simplicity's sake, Hodgkin is referred to as "Dorothy Hodgkin" by the Royal Society (when referring to its sponsorship of the Dorothy Hodgkin fellowship), and by Somerville College. The National Archives of the United Kingdom refer to her as "Dorothy Mary Crowfoot Hodgkin".
Tags: chemistry, science, scientist, woman scientist, biochemist, lab, biology
SUGGESTED ITEMS
$24.95
Free Shipping Info & Our Quality